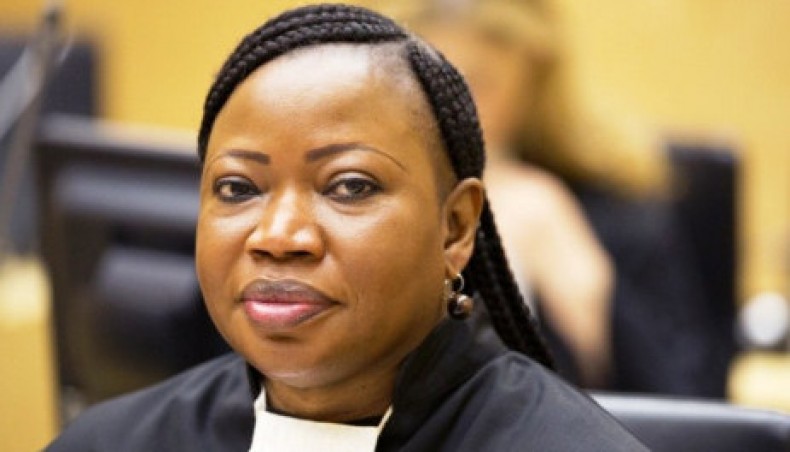 The International Criminal Court opened a formal investigation on Wednesday into alleged war crimes in the Palestinian territories, in a move blasted by Israeli premier Benjamin Netanyahu as the ‘essence of anti-Semitism’.

The Palestinian authorities hailed the decision by ICC chief prosecutor Fatou Bensouda as an ‘urgent and necessary’ probe into the situation in the blockaded Gaza Strip along with the Israeli-occupied West Bank and east Jerusalem since June 2014.

The move plunges The Hague-based tribunal — which has faced frequent criticism by Israel and its ally the United States — into the midst of one of the world’s most bitter conflicts and risks inflaming an already tense situation.

Washington said it was ‘disappointed’, and State Department spokesman Ned Price said the US would ‘firmly oppose’ the move.

Bensouda said she had decided there were ‘admissible potential cases’ on both sides, with the investigation focusing on the 2014 Gaza conflict, which left more than 2,000 people dead.

‘In the end, our central concern must be for the victims of crimes, both Palestinian and Israeli, arising from the long cycle of violence and insecurity that has caused deep suffering and despair on all sides,’ the prosecutor said.

Gambian-born Bensouda said the formal investigation followed a ‘painstaking’ five-year preliminary probe, and vowed it would be conducted ‘independently, impartially and objectively, without fear or favour.’

Israel has refused to sign up to the court, set up in 2002 to try the world’s worst crimes, but the Palestinians have been a state party to the ICC since 2015.

ICC judges paved the way for a war crimes investigation when they ruled a month ago that the court has jurisdiction over the situation due to the Palestinians’ membership.

The probe will focus on Operation Protective Edge, the military operation launched by Israel in the summer of 2014 with the stated aim of stopping rocket fire into the country by militants of Islamist movement Hamas.

Around 2,250 Palestinians were killed in the 2014 fighting, mostly civilians, and 74 Israelis, mostly soldiers.

‘The state of Israel is under attack this evening,’ Netanyahu said in a video posted on Twitter about the ICC decision. ‘The international court based in The Hague reached a decision which is the essence of anti-Semitism.’

Israeli foreign minister Gabi Ashkenazi said the country would ‘take every step necessary to protect its civilians and soldiers from legal persecution’ and said the probe could impact the stalled peace process.

Benny Gantz, current Israeli defence minister and former chief of staff during the Gaza war, called the decision a ‘reward for terrorism’, saying on Twitter that conflict with the Palestinians ‘will only be resolved through negotiations’.

‘The crimes committed by the leaders of the Israeli occupation against the Palestinian people — which are ongoing, systematic and widespread — make this investigation necessary and urgent,’ Palestinian foreign minister Riyad Al-Maliki said.

In 2019, Bensouda said in her initial application for the probe that there is a ‘reasonable basis’ to believe crimes were committed by members of the Israel Defense Forces, Israeli authorities, Hamas and Palestinian armed groups.

These include the Israeli military allegedly ‘intentionally launching disproportionate attacks’ during the 2014 conflict and ‘wilful killing and wilfully causing serious injury’, she said.

Hamas and Palestinian armed groups were accused of ‘intentionally directing attacks against civilians’ and ‘using protected persons as shields’ during the Gaza conflict.

The ICC prosecutor also said there is scope to investigate the deaths of Palestinian demonstrators from 2018 onwards.

Israel occupied the West Bank and the Gaza Strip in the Six-Day War of 1967, and later annexed mostly Arab east Jerusalem. Today they are home to at least five million Palestinians defined by the United Nations as living under Israeli occupation.

The Gaza Strip is blockaded by Israel, which withdrew from the territory in 2005, and ruled by the Islamist group Hamas.

The Israel-Palestinians probe will prove the first major test for incoming ICC prosecutor Karim Khan, the British lawyer who was elected in February to replace Bensouda when her mandate ends in June.

Bensouda is under United States sanctions for her decision to investigate alleged US war crimes in Afghanistan.