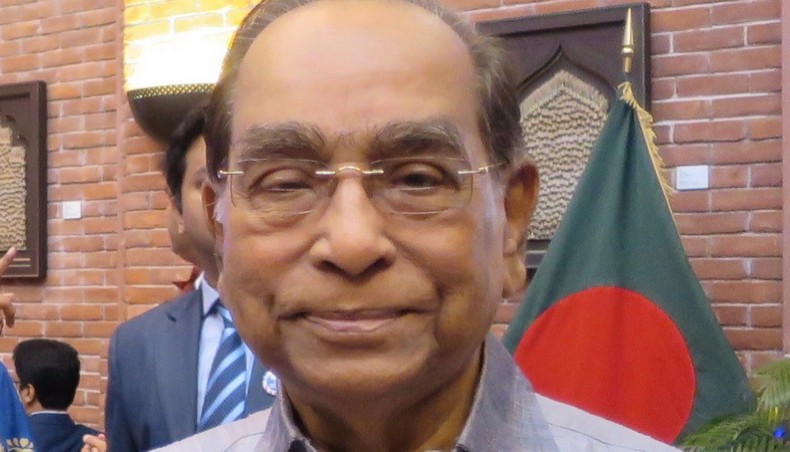 Confirming the matter, ruling Awami League office secretary Biplob Barua said that the former bureaucrat breathed his last at 1:15 am on Thursday.

Barua said his body will be kept at the Central Shaheed Minar from 1:30pm to 3:30pm to allow people from all walks of life to pay their homage. From the Shaheed Minar, the body will be taken to Gulshan Azad Masjid for a  namaz-e-janaza after Asr prayers.

Later, the Dhaka district administration will offer guard of honour to the Prime Minister’s political affairs adviser at the Banani graveyard before his burial.

His body was flown by a helicopter to Ullapara in Sirajganj, where his first namaz-e-janaza was held.

Freedom fighter HT Imam has recently been hospitalised due to his deteriorating health condition.

He has been suffering from old-age complications coupled with kidney disease for a long, said one of his close aides.

Imam had been the political adviser to prime minister Sheikh Hasina since 2014.

He served as the cabinet secretary in the Mujibnagar government.

He completed his postgraduate from the London School of Economics in development administration.

She prayed for the eternal salvation of the departed soul and expressed sympathy to the bereaved family.