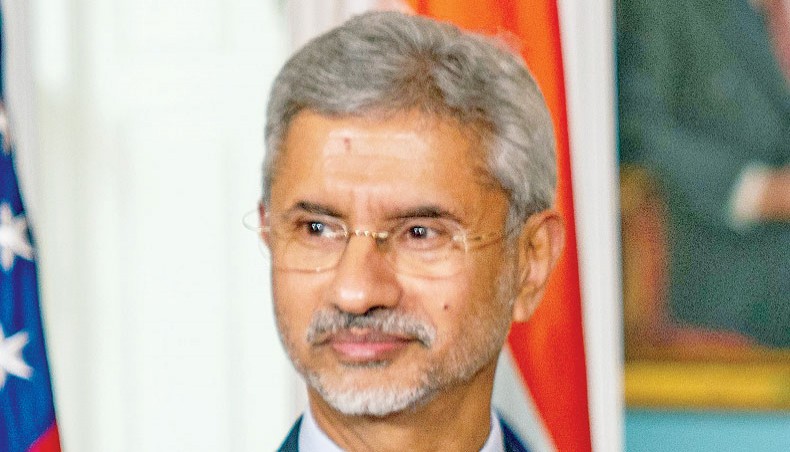 Indian external affairs minister S Jaishankar arrives in Dhaka on a brief official visit on Thursday providing an opportunity to take stock of the progress in bilateral relations.

He is coming to Dhaka at the invitation of Bangladesh foreign minister AK Abdul Momen to take forward the relations between the two countries.

During the visit, the external affairs minister will hold bilateral talks with foreign minister Momen and also call on prime minister Sheikh Hasina.

The visit follows on the PM-level virtual summit held between two countries on December 17, 2020 and will also provide an opportunity to take stock of the progress in bilateral relations, said the MEA on Wednesday formally announcing the visit.

‘There’re always some expectations centering all the visits or least to take forward the issues through discussions,’ said the Bangladesh state minister adding that they keep deliverables for the big visit.

Jaishankar is likely to arrive by a special aircraft at 10:00am on Thursday and will leave Dhaka the same day, an official said.

The bilateral talks between Momen and Jaishankar will be held at state guesthouse Padma from 11:30am to 12:30pm. They are likely to brief media jointly after the talks.

The foreign minister will host lunch in honour of his Indian counterpart at a city hotel.

Modi’s planned visit to Bangladesh on March 26-27 will be his first trip abroad in more than a year, mainly because of the COVID-19 pandemic.

Bangladesh is set to celebrate the 50th anniversary of independence and 50 years of Bangladesh-India diplomatic relations this year.

The state minister highlighted the deepness of the relations between Bangladesh and India, and mentioned that Bangladesh will host some important events from March 17-26.

Asked about the agenda of the meeting during the Indian external affairs minister’s visit, he said that there was always something on the table to discuss.

He talked about connectivity, trade and regional cooperation mentioning that COVID-19 has not only ‘created health emergency but also economic emergency.’

The state minister said that they would discuss all the issues, including outstanding issues, and the water issue would always remain a priority.

He said that they would discuss ways to remove the barriers to export and import activities.

A passenger train is likely to be made operational between Dhaka and New Jalpaiguri of India on March 26 as part of the celebrations of the golden jubilee of Bangladesh’s independence.

Prime minister Sheikh Hasina and her Indian counterpart Narendra Modi are expected to flag off the train service.

The two leaders held a summit in virtual format on December 17 last year and had comprehensive discussions on all aspects of bilateral relations, and exchanged views on regional and international issues.

Prime minister Sheikh Hasina thanked her Indian counterpart Narendra Modi for accepting her invitation to visit Bangladesh in person in March 2021 to join the celebrations on the occasion of the 50th anniversary of Bangladesh’s independence and 50 years of Bangladesh-India diplomatic relations.