Vettori to reunite with Bangladesh in NZ 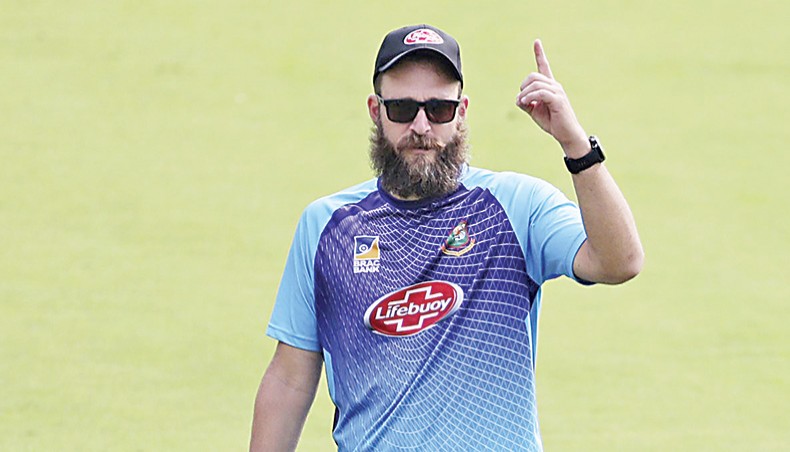 Former New Zealand captain and Bangladesh’s spin bowling consultant Daniel Vettori will join the Tigers after they complete their quarantine, a Bangladesh Cricket Board official said on Wednesday.

BCB chief executive officer Nizamuddin Chowdhury told the reporters that the Kiwi legend will work with the Bangladesh team for around three weeks.

‘The board has decided after careful consideration, that he will be with us for 20-22 days,’ Nizamuddin told the media on Wednesday.

Although Bangladesh has only one left-arm spinner in Nasum Ahmed as part of their 20-man squad in New Zealand, the board is hoping that Vettori will be an asset for the team for his vast experience.

‘The board believes that the inclusion of someone like Vettori, who is a legend of the game, gives our players a chance of sharing the dressing room with him, which is quite valuable. In New Zealand, suggestions from someone like him who was a captain of the New Zealand team will be very helpful for us.’ Nizamuddin said.

His first assignment with the Tigers was in the India tour of 2019.

The board did not avail his services for the following Pakistan tour but brought him back for the home series against Zimbabwe in early 2020.

After that series, Vettori hasn’t been with the Bangladesh team and even made himself unavailable for the preceding home series against West Indies, citing travel restrictions.

But the BCB ceo batted for the former left-arm spinner’s defence.

‘The main issue is that no matter where he [Vettori] joins the Bangladesh team, he would have to go through 14-day quarantine after returning to New Zealand. That was the main challenge for him,’ he said.

This could also be Vettori’s last assignment with the Bangladesh team as BCB cricket operations chairman Akram Khan had earlier told the media that the board is looking for his replacement as his 100-day contract is almost up.

Nizamuddin also said that the board might resume domestic cricket with first-class competition ahead of the Dhaka Premier League, which has remained in a limbo since March 16.

‘Maybe we will start with the longer version and then we are planning to run the Dhaka league.