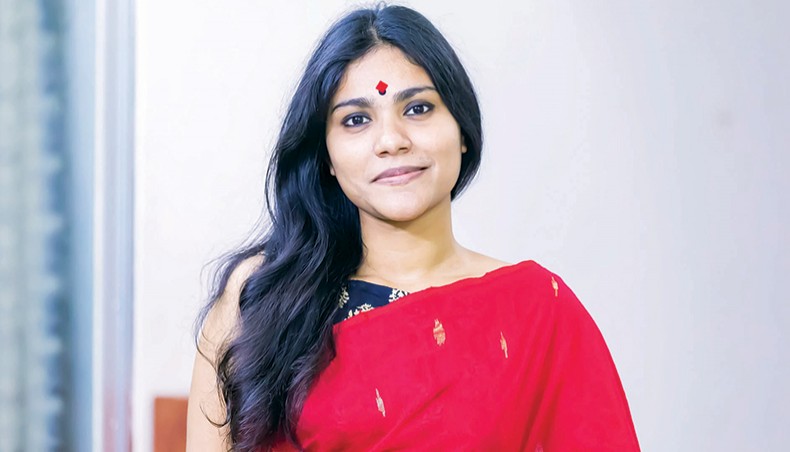 Aspiring poet Onuvob Ahmed’s collection of poems titled Mritphuler Naksha will be published in the second week of March eying the upcoming Amar Ekushey Book Fair, which will begin on March 18.

The book will be published under the banner of Chitra Prokashoni. Ayub Al Amin is the cover designer of Mritphuler Naksha, which contains 43 poems.

‘Mritphuler Naksha is my first collection of poems. The book contains 43 poems, which I have penned at different times. The poems depict human emotions, difficulties we face in everyday life and others,’ Onuvob Ahmed told New Age.

Readers can buy copies of Mritphuler Naksha at bookstores namely Batighar and others. It will also be available on different online platforms including rokomari.com and the website and Facebook page of Chitra Prokashoni.

Besides, the collection of poems will be available at Chitra Prokashoni’s stall at the Amar Ekushey Book Fair.