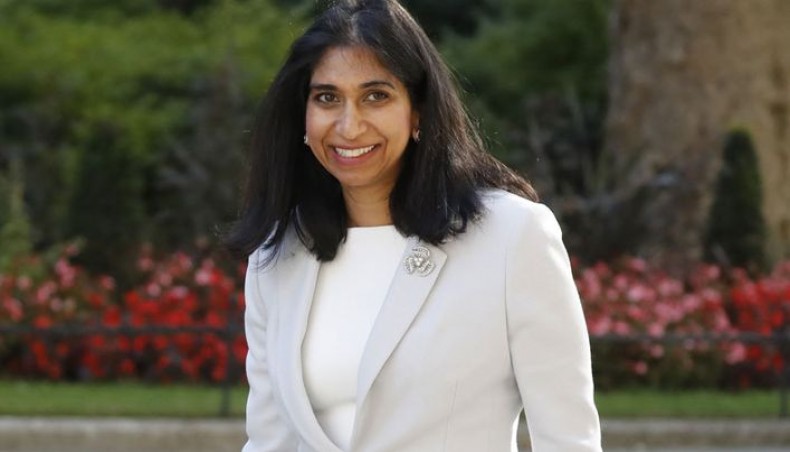 In this file photo taken on July 21, 2020 Britain's attorney general Suella Braverman walks through Downing Street in central London to participate in the first 'in person' cabinet meeting since England's first coronavirus lockdown, at the foreign and commonwealth o0ffice. -- AFP photo

The British government’s most senior legal adviser on Tuesday became the first cabinet minister to go on maternity leave, following a change in the law.

The attorney general for England and Wales, Suella Braverman, said she was ‘excited about making a little bit of history’ to become the first ‘minister on leave’, calling it ‘a landmark moment for the UK government’.

Braverman will be replaced during her absence by one of her deputies, solicitor general Michael Ellis, prime minister Boris Johnson’s office announced.

‘The prime minister gives the attorney general his very best wishes for her maternity leave and looks forward to welcoming her back in the autumn,’ Downing Street said in a statement.

The government introduced a bill into parliament last month to change what it said were ‘clearly outdated’ rules that would have forced Braverman to resign and hand over her duties.

The Ministerial and Other Allowances Act 2021 passed into law on Monday and will allow senior ministers to take six months’ leave while being paid their salary.

‘I hope it sends the message to young women who are interested in pursuing a career in politics that having a young family isn’t out of bounds to them if they wish to work in senior roles,’ said Braverman in a video message.