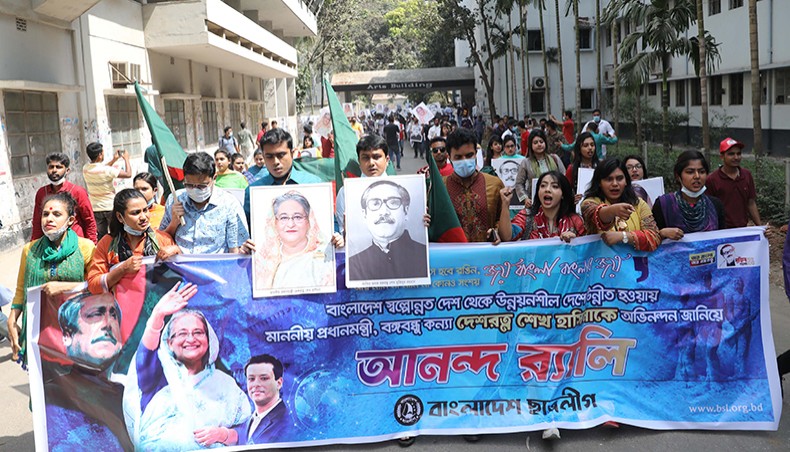 BCL leaders and activists, led by its president Al Nahian Khan Joy and general secretary Lekhak Bhattacharjee, brought out the procession from the Anti-terror Raju Memorial Sculpture of TSC in the afternoon.

Later, the marchers paraded key points of the university.

Al Nahian said, ‘It is a great achievement for Bangladesh on the occasion of the golden jubilee of the country’s independence.’

‘The country was a terrorist-state and remained champion in corruption index for long but the scenario reversed now,’ he said.

The country is progressing forward tremendously under the dynamic and visionary leadership of prime minister Sheikh Hasina which is now role model of development, he furthered.