US imposes sanctions against Russia 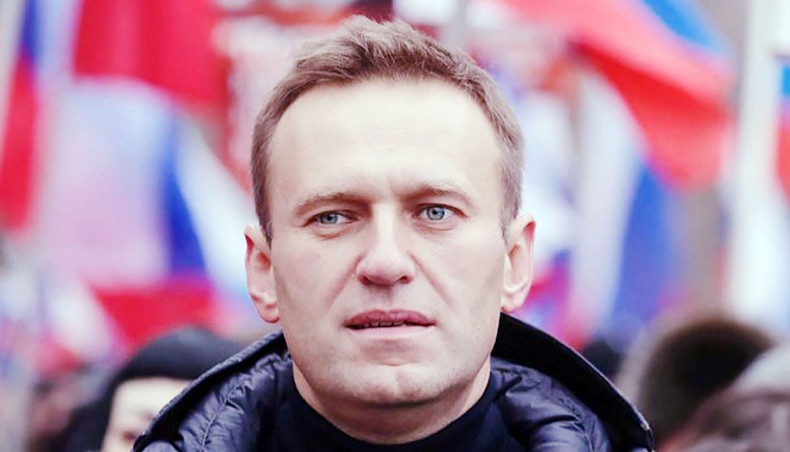 The United States on Tuesday imposed sanctions on seven senior Russians as it said its intelligence concluded that Moscow was behind the poisoning of jailed Kremlin critic Alexei Navalny.

In action coordinated with the EU, the United States renewed demands that Russia free Navalny, who was arrested in January upon his return to Moscow as he spurred massive rallies through his allegations of corruption by president Vladimir Putin.

Officials said that the United States would impose sanctions on ‘seven senior members of the Russian government’ with the details expected to be released later Tuesday.

They also said that the United States would restrict exports to Russia as it vowed that president Joe Biden would take a harder line than his predecessor Donald Trump, who voiced admiration for Putin.

‘We’re sending a clear signal to Russia that there are clear consequences to the use of chemical weapons,’ another official said.

Navalny, 44, fell violently ill when he was on a domestic flight.

He was rushed to treatment in Germany where doctors said he had been poisoned with Novichok, a nerve agent developed by Soviet researchers and which was also blamed in a 2018 attack in England against Russian double-agent Sergei Skripal and his daughter and Yulia.

UN human rights experts called Monday for an international probe into the poisoning of Kremlin critic Alexei Navalny and his immediate release as the EU approved sanctions on four senior Russian officials involved in the detention.

Agnes Callamard, the UN’s special rapporteur on extrajudicial, summary and arbitrary executions, and Irene Khan, the top expert on freedom of opinion and expression, insisted on the need to ensure accountability for the ‘sinister poisoning’.

They demanded Navalny’s ‘immediate release’ from a Russian penal colony, where he was transferred last week from a Moscow prison.

EU member states, meanwhile, approved sanctions on four senior Russian justice and law enforcement officials involved in his detention. They will be banned from travelling to the bloc and see any assets they hold there frozen.

President Vladimir Putin’s most prominent opponent has been sentenced to two-and-a-half years in a penal colony for violating parole terms while in Germany recovering from a poisoning attack.