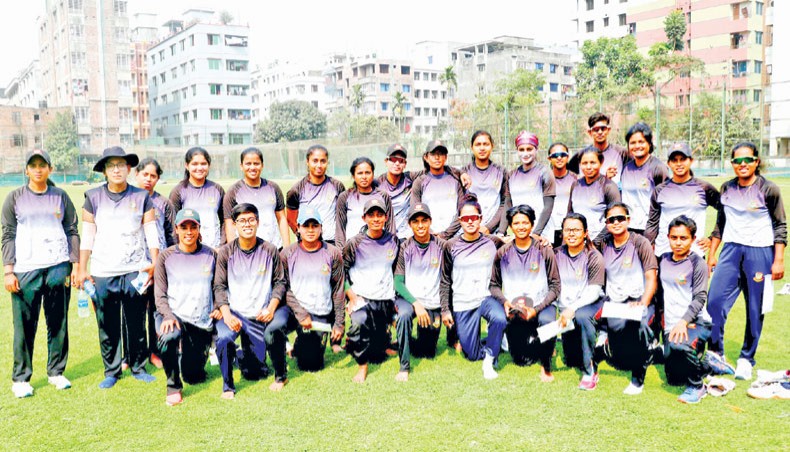 Bangladesh women’s cricket team players are seen after a training session at the National Cricket Academy Ground in Mirpur on Monday. — BCB photo

The women’s cricket event of the Bangabandhu ninth Bangladesh Games will begin on Saturday at the Sylhet International Cricket Stadium, said a media release from Bangladesh Cricket Board.

Although the multi-disciplinary event will officially start in April, the women’s cricket event has been moved up as they will be busy in other international engagements during the Games.

The women cricketers have completed a two-week training camp in the BCB Academy and reached Sylhet on Tuesday.

The women’s cricket event of the Bangladesh Games will be a 50-over competition among three teams in a single league format.

The top two teams will meet in the final.

All the teams have at least four Under-19 team members in their squad.

In the last league match, the Red team will battle against the Green team.

The final match will take place on March 12.

All the matches will start from 9:30am, except the opening match which will start at 10:30am.