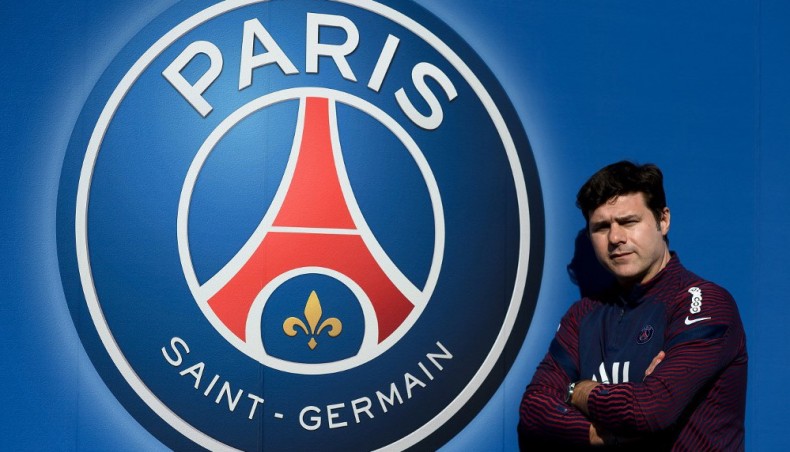 Mauricio Pochettino was given the luxury of time at Tottenham Hotspur to build a team that would go on to reach a Champions League final, but the Argentine knows the demands are different now he is in charge at Paris Saint-Germain.

‘We got to the Champions League final after five years working towards it. We built a platform and a structure and our objective was to be able to compete for these things,’ Pochettino says in an interview with AFP in Paris, where he arrived in January refreshed after more than a year out of the game following his departure from Tottenham.

He took the north London club to the 2019 final, cementing his reputation as one Europe's most exciting coaches despite losing 2-0 to Liverpool in Madrid.

‘We had gone almost two years at Tottenham without signing any players when we got to the final. We have only been here two months,’ he points out.

‘At Tottenham we had the necessary time to develop something and it bore fruit with a mix of young players and experienced players.

‘The project at PSG has been a different one for a number of years. We will see how we can create a project that will be different to what we did at Tottenham but will have the same objective, to win.’

Nothing less will do for the Argentine, whose predecessor Thomas Tuchel was sacked in December, four months after taking PSG to the Champions League final having secured a clean sweep of the domestic honours in France.

The Qatar-owned club lost to Bayern Munich in Lisbon, and Pochettino knows the aim now is to go one better and win the trophy.

‘Obviously this club aspires to win the Champions League. Lots of other clubs are trying to win it too, and have invested lots of money but can't win it because it is not so easy,’ he says.

So far things are looking good in Europe, with Kylian Mbappe's hat-trick helping Pochettino's side thrash Barcelona 4-1 away in the first leg of their Champions League last-16 tie last month.

The return is on March 10, but a quarter-final place seems secure, while PSG are currently second in Ligue 1, two points behind leaders Lille.
It has been a whirlwind start to life back in Paris for Pochettino, who played for PSG between 2001 and 2003.

He had to spend a week in self-isolation after catching the coronavirus, and along with his coaching team has had to contend with a long list of injuries, including to superstars Neymar and Angel Di Maria.

He is still living in a hotel in a chic neighbourhood of the French capital, having not yet managed to find a permanent home.

‘Everything with Covid is making it harder. Our families are split between London and Barcelona and they can't travel either. It is a very complicated situation at the moment,’ says the Argentine, who arrived with a backroom team including his son, Sebastiano.

‘We have played 13 matches, which is a huge amount in two months, and all of us on the staff have caught Covid, all at different times.

‘We have been lucky in that the symptoms were not too serious but it has still had an effect and we are all recovering. Then we have had lots of injuries in the team, so we are having to adapt every day.’

- Working with Mbappe and Neymar -
Despite the difficult circumstances, he admits he could not turn down the chance to take the job when the call came from PSG's sporting director Leonardo.

‘We had long conversations in which our visions were quite similar. I obviously already knew PSG and so that made it a bit easier for him to transmit his ideas,’ he says.

‘We have assumed our responsibility and are trying to make the most of what we have without making major structural changes because halfway through the season the most important thing is that we adapt and optimise what we have.’

The demands are great but it helps being able to call upon Mbappe and Neymar, at least when the latter is fit.

‘Great players have similar characteristics,’ he replies when asked about what it is like to work with the two most expensive players in history.

‘They are humble, they love football, they respect the rules, they help their teammates. When they have that level of technical ability and they understand the game, then of course it makes any coach's job easier.’