Italy demands an end to deadly crackdown on Myanmar protests 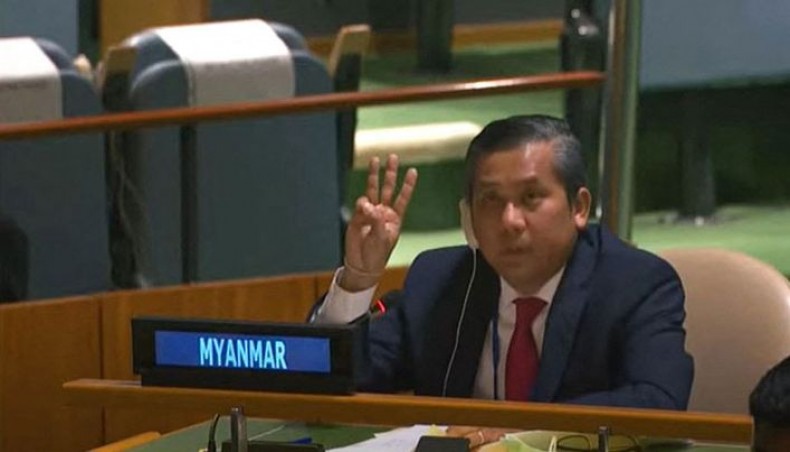 This screengrab of handout video made available on the United Nations' YouTube channel shows Myanmar's ambassador to the UN Kyaw Moe Tun making a three-finger salute as he addresses an informal meeting of the United Nations General Assembly on February 26, 2021 in New York. -- AFP photo

Italy’s foreign ministry said on Monday that it had summoned Myanmar’s ambassador to demand an end to the deadly crackdown on protests in the Southeast Asian nation.

Ambassador Hmway Hmway Khyne ‘was summoned today to request that the military authorities immediately put an end to all violent repression of the democratic protests underway in the country’, a statement said.

Italy repeated its condemnation of Myanmar’s military coup last month and requested the immediate release of ousted civilian leader Aung San Suu Kyi and all those arrested in connection with the coup.

‘The ministry also emphasised the illegitimacy of the military’s decision to cancel the November elections,’ the statement added.

Suu Kyi was hit with two new criminal charges in a court appearance via video link on Monday, a month after the coup triggered mass protests.

At least 18 people died on Sunday as troops and police fired live rounds at demonstrators in cities across Myanmar, according to the United Nations, which cited its own credible information.