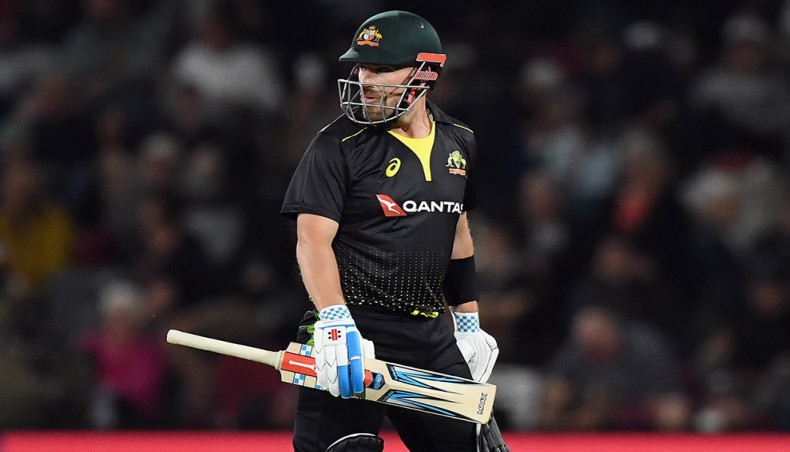 Finch's scores of one and 12 in their opening two games against New Zealand last week, coupled with his failure to fire in the recent Big Bash League, has sparked debate over whether he is the right man for the job.

But Bailey told the Melbourne Herald Sun there was no doubt in his mind the 34-year-old opener would be leading the side in India in October.

‘It's just complete white noise for me,’ he added of the criticism.

Doubts around Finch have been raging, led by former selector Mark Waugh.

‘His job is to score runs... no batsman is immune from being dropped when you're not scoring runs, doesn't matter if you're captain or not,’ said Waugh, now a pundit.

Australian media have also weighed in with the Sydney Morning Herald saying Finch was ‘running out of chances to book his ticket to this year's T20 World Cup’.

Bailey -- the only selector on tour in New Zealand -- attributed Finch's poor form at the Big Bash, where he averaged just 13.8, to five months spent playing cricket in biosecurity bubbles.

‘He was pretty zonked,’ Bailey said. ‘But he tried to do the right thing and get back to help a young (Melbourne) Renegades side.

‘His reflection on that was that he probably should've sat longer out and come back a bit fresher.’

He added that Finch was hitting well in the nets in New Zealand and pointed to his outstanding record as one of the premier limited overs batsman in the world.

‘He'd be in the top five or 10 leading run-scorers, and if he doesn't have the highest strike-rate amongst them he'd be absolutely close,’ he said.

‘And he's done it very, very consistently for Australia over a long period of time, and will continue to do so into the future.’

Australia's third T20 against New Zealand is in Wellington on Wednesday.