Rooster fitted with knife kills owner during cockfight in India 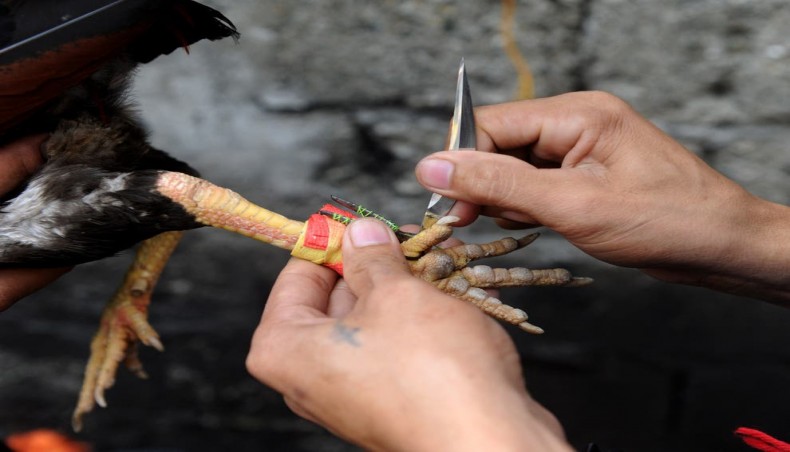 A rooster is fitted with a razor-sharp blade for a fight.- AFP photo

A rooster killed its owner by slashing him with a knife attached to its leg at a banned cockfight in India, reports Independent UK.

The bird had been equipped with the three-inch blade known as the 'kodi kathi’ for the illegal contest at the village of Lothunur in the southern state of Telangana.

Its owner, named in local media as 45-year-old Thanugulla Satish Goud, was setting the bird down for the fight when it jumped up in an apparent attempt to escape.

'The knife pierced him in the groin region,’ local police told the Times of India. ‘It was a severe injury and he lost a lot of blood.

‘When he reached the hospital in Jagtial he was declared dead.’

Police said they were looking for more than a dozen people involved in the illegal event on 22 February.

The cock has been taken to a poultry farm for ‘protection’ before being presented at a court of law as evidence of the cause of death, police told local media.

Cockfighting was banned in India in 1960 but the practice continues in many states and fights are often associated with Hindu festivals.

Last year a spectator died after being slashed in the abdomen by a rooster with razor blades attacked to its legs.

Local media reported that the bird panicked and fluttered as it was being released and lashed out at the victim named as 55-year-old Saripalli Venkateswara Rao.

In 2019, the Washington Post investigated what it called the ‘Super Bowl of cockfighting’ in Andhra Pradesh, and found a fight attended by more than 1,000 people apparently organised by a local MLA – a member of the state’s legislative assembly.