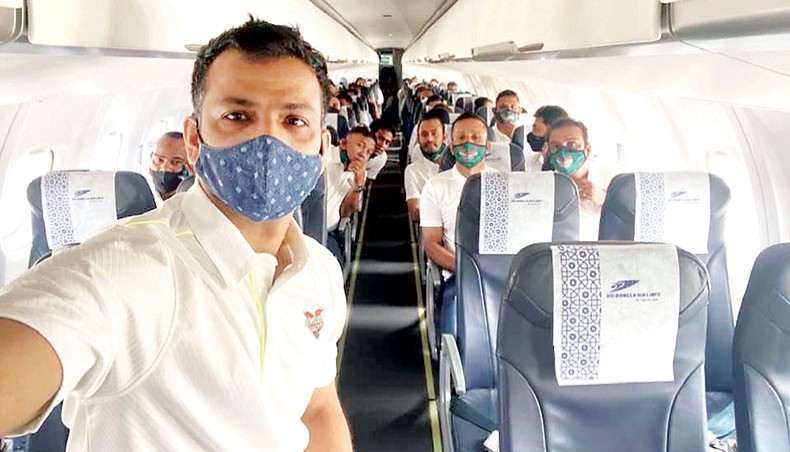 Bangladesh Legends players pose for a selfie inside the plane prior to their departure for India at the Hazrat Shahjalal International Airport on Saturday. — Courtesy photo

The tournament’s fixture has been released and Bangladesh Legends will take on India Legends in the opening match of this year’s tournament.

Former Bangladesh skipper Khaled Mahmud will lead the team, according to a statement in the tournament website.

The Twenty20 tournament will feature a good number of former cricketers from across the world, who will be back in action to create awareness about road safety.