A counterweight to the Belt and Road Initiative 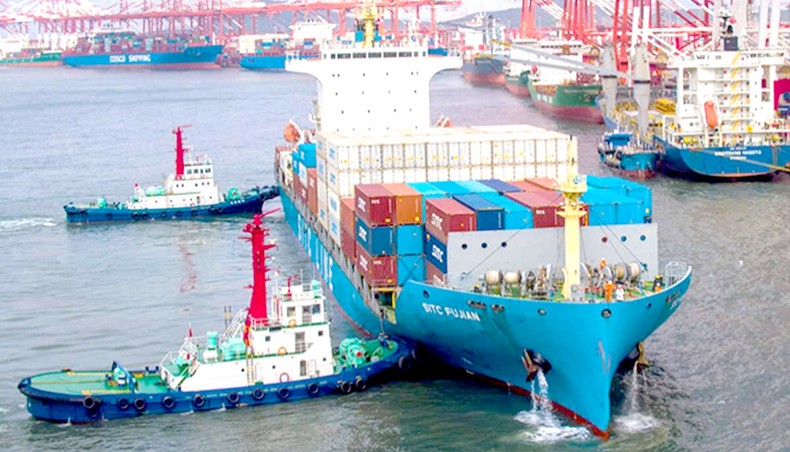 THERE has long been a struggle for economic and political dominance in the Indo-Pacific Region, in which the most powerful players and main competitors are China and the United States. Many regional states are concerned about China’s rapid economic and political expansion, as well as its growing military power. This concern makes them develop cooperation with the United States, and until recently the US was considered the leader of the anti-Chinese forces in the region.

But the success of the People’s Republic of China in involving more and more countries in its Belt and Road transport and economic project, as well as the volatile US foreign policy and the domestic political crisis that has erupted in that country in recent years, have shown the Indo-Pacific states that relying on the US alone is not a reliable choice and that if they do not want to fall under Chinese influences, they must rely more on their own strength. Among the most powerful players in the Indo-Pacific Region, after the US and China, are countries such as Australia and India. They also have great economic resources and political will, and in the event of a further weakening of the US position, these two countries, combining their forces, could compete with China.

It should be recalled that confrontations in the Indo-Pacific Region is mostly economic, and the Chinese expansion is primarily expressed in the promotion of Chinese products in all possible markets, in tying exporters to the Chinese market, as well as in Chinese loans and investments, making partners dependent on it.

Thus, ‘struggle against Chinese expansion’ implies not so much action against China, but rather the construction of the economy and the choice of partners who can maintain an acceptable standard of living and development with minimal dependence on trade and economic cooperation with China. Given China’s economic power and its role in global production, this is no easy task. But it may be within India’s and Australia’s power if India’s booming industry and huge labour force are combined with Australian capital and technology.

In July 2018, the Australian government released a report titled ‘India’s Economic Strategy to 2035’ on Australia-India economic cooperation. The document outlined ways to realise the enormous potential for cooperation between the two countries and to make India one of Australia’s main economic partners. According to the report, India is set to become one of the most important markets for Australian exports and the third largest destination for Australian investment in Asia, which is expected to reach $100 billion by 2035. The document identifies 10 key sectors where Australia and India can be particularly successful, and 10 Indian states that are most interesting to Australian businesses. Among the key sectors are education, agriculture, urban infrastructure, health, energy, science and innovation and others.

All this corresponds perfectly to India’s interests, because attracting foreign investment in the most important sectors of its economy is almost the basis of diplomacy of this country, which has set a goal to increase its gross domestic product to $5 trillion by 2024 (At the beginning of 2021 it was about $2.8 trillion).

The year 2020 has been rather fruitful for the development of Australian-Indian cooperation. It began with an event called the Australia India Business Exchange, which was held in February. One hundred and nineteen Australian businesses led by the Australian Trade, Tourism and Investment minister Simon Birmingham visited the Indian capital of New Delhi and five other major Indian cities, as well as Colombo, the capital of India’s neighbouring island nation of Sri Lanka, in a few days to learn about business opportunities in all of these cities. It was one of the largest trade missions to India in the last five years.

In June 2020, an online summit between the Australian and Indian prime ministers officially elevated Australia-India relations to an overarching strategic partnership.

In December 2020, the Indian government published a report entitled ‘The Australian Economic Strategy,’ which was a response to Australia’s ‘Indian Economic Strategy’. The report covers a wide range of issues and takes into account the challenges posed by the COVID-19 pandemic, which has affected the economies of both Australia and India. Like its Australian counterpart, the Indian document highlights promising areas of cooperation and emphasises the role of information and awareness to attract the largest number of Australian investors to India. The issue of easing the visa regime for the freer movement of qualified personnel between the two countries is being considered.

India’s and Australia’s interests in the Indo-Pacific Region coincide: maintaining their dominant positions and economic growth in the face of strong competition from China. Political and military support for their interests is provided by the state institutions of both countries. For example, Australia and India, along with the United States and Japan, participate in the Quadrilateral Security Dialogue, also known as the Quad, whose main task at the moment is to contain China. The four countries are also jointly conducting Malabar naval exercises.

However, economic processes play a major role in the struggle for the Indo-Pacific Region, and whether India and Australia can build their own economic space, independent of China and the United States, depends largely on the private sectors of both countries. It is the business structures of the two states that may or may not find opportunities for mutually beneficial cooperation. It is known that the interests of government and business do not always coincide. Australia’s ‘Indian Economic Strategy’ and India’s ‘Australian Economic Strategy’ complement each other, and together they seem to be an ideal plan for the interaction between the two countries. But exactly how feasible it is, we will have to see. At this stage, a sign of success should be the conclusion of a free trade agreement between Australia and India, which has been under discussion since 2011.