Playing with the curriculum process 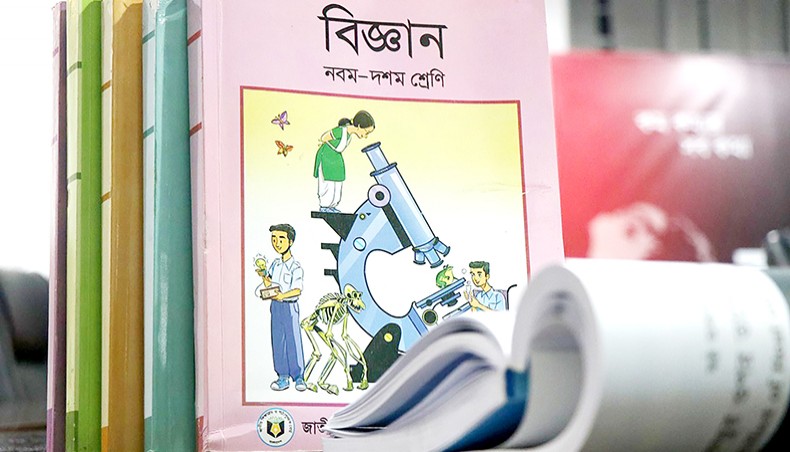 The gaps between two successive cycles have so far ranged from 10 to 15 years. But the fifth cycle began earlier in 2019, after only seven years of the preceding cycle that ended in 2012. The assumed motives behind this early drive at curriculum revision are (1) achieving UN Sustainable Development Goals by 2030 and (2) making curriculum competency-based keeping to the worldwide wave. It is, therefore, imperative that the curriculum revised this time should address both SDGs, especially SDG 4, and competency matters in detail.

The revision of only the primary curriculum could, however, somehow be finished before COVID-19 broke out in Bangladesh. But the revision of the secondary curriculum, starting a bit later, was going on in a mysterious way for about a year and a half, still dwelling mostly on the curriculum framework.

Bangladesh has so far proved itself fairly good at developing the national curriculum. But the curriculum has never never implemented fruitfully keeping to due process of teachers’ dissemination training and teachers’ guides in time. A fruitful implementation should, therefore, be a major focus this time.

Nevertheless, people heading curriculum efforts at the National Curriculum and Textbook Board could not sink their differences. The secondary curriculum wing overpowered; a revised primary curriculum was withheld; and there has been a decision to overhaul the entire curriculum of pre-primary to Class XII. In the first two of the three versions of the curriculum framework, an attempt was made to ‘nullify’ the National Curriculum 2012 and to ‘glorify’ present attempts. In the last 115-page version,  there are so many conceptual, linguistic and formatting errors in the document that leaves scope for doubt on the sincerity of the people who have done this.

AS DEALING COVID-19 with a preventive measure such as the closure of educational institutions was the government’s priority, the teaching-learning process was stopped since the middle of March 2020. Later, some online classes were begun. Once the COVID-19 outbreak started becoming less severe, the Curriculum and Textbook Board prepared short syllabus so that if educational institutions could be reopened for some days in 2020, the syllabuses could be taught. But the situation did not improve to a satisfactory level. Questions, activities and/or assignments were wisely prepared and supplied for the students so that the learning process of some sort could begin. If it ha been done earlier, children could have done their ‘home tasks’ even during the peak of the COVID-19 outbreak.

Government offices, markets, transports, etc have run in full swing for about half a year. Now, the COVID-19 transmission seems to be dwindling. So, none should think that as COVID-19 first broke out in Bangladesh in March 2020, another wave might surface this March. It is wise to reopen most educational institutions from the beginning of March. As vaccines have already been around, the age bar of below 18 years need to be lifted as soon as possible and students should be regarded as a group of ‘frontliners’ and be vaccinated soon; and safety measures such as the wearing of masks should be ensured. Students should be be sent to schools, colleges and universities to meet their friends and to restart their normal learning process.

AUTOMATIC systems may work in politics, business and even in some office duties subtly, but there is no short-cut way in education. No learning can take place without undergoing the due process of reading, writing, thinking ad doing — all driven by essential assessment procedures ending with either ‘psychological reward’, in formative assessment, or with a declared process of marking/grading, in summative high-stake examinations.

I was a Class V student in 1971, started learning in the middle of January and ended at the beginning of March 1971. My primary education remained incomplete forever because of the unwise decision of auto-promotion in 1972. COVID-19 has stopped face-to-face learning for about a year. Since learning was not done, no promotion was due for any grade, let alone in high-stake public examinations. All the concerned must realise that every child’s future is much more worthy than a single year, even if declared ‘lost’.

However, a compromise can still be made by curtailing the syllabus prescribed for 2020 and practising that for the first two to three months in 2021; then starting the syllabus prescribed for 2021, having promoted to the upper class, and finish that somehow, avoiding the loss of a whole year. For taking up such a step, education managers should have held up the distribution of new books till the 2020 syllabus is somehow finished.

The government has unwisely imposed ‘evaluation’ without taking into account a true ‘assessment of the achievement’ of our Higher Secondary Certificate candidates of 2020. Most countries promoted such candidates based on their course work marks, given under formative assessment. We still do not have ‘course work’ assessment marks. But we had both pre-test and test scores of each candidate. The authorities, without making public the purpose, could ask for test scores from respective examination boards. Once received, the ministry could direct the examination boards to prepare and announce the results based mainly on the scores. But our education managers have lost that chance.

Since the higher secondary certificate is the gateway to higher education and all higher educational institutions would admit students only after publicly held admission tests, risking the transmission of COVID-19, proper HSC public examinations, arranged after the vaccination of HSC candidates, must have preceded such tests. Now, Secondary School Certificate candidates of 2021 also demand an auto-promotion, losing vision of their future. Politicians need to understand the ‘education system’ better and save the future of our children, and thus the future of the nation, from being ruined.

Dr Abdus Sattar Molla, a curriculum researcher, is a retired professor of zoology.