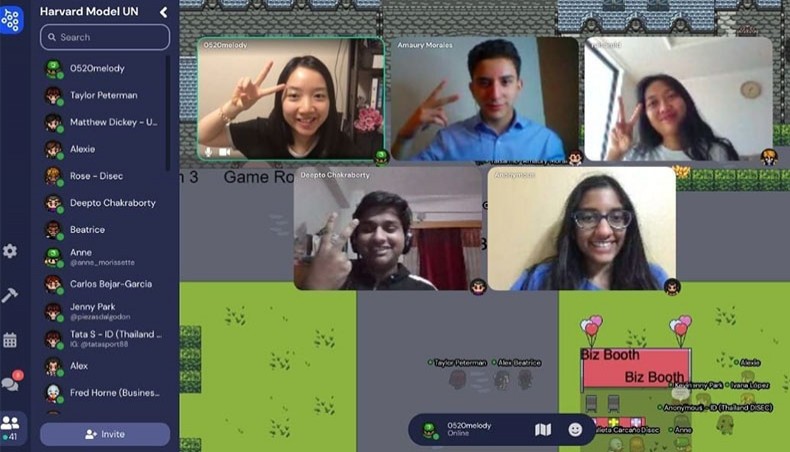 Harvard National Model United Nations conference was held from February 11 to 14, 2021 where a student of the University of Liberal Arts Bangladesh Deepto Chakraborty participated. Attending the sixty-seventh session, Deepto Chakraborty writes his experiences

HARVARD had always been a special place in my heart since I started growing up. From February 11 to 14, 2021, I had the privilege to represent my country from the University of Liberal Arts Bangladesh at the sixty-seventh session of the Harvard National Model United Nations conference. The event lasted for four days and drew over 2500 delegates from 33 countries making it the largest MUN conference in the world.

In HNMUN, I had been assigned to Disarmament and International Security Council where I had a chance to discourse on ethnic violence specifically on Rohingya crisis. Since I used to be an active participant in the Asia Youth Model United Nations, I could easily cope up with the ambience of this well-renowned international conference. On the first day of the committee session, the committee voted for the topic and debate started. I was overwhelmed by the highest level of spontaneity and competence of delegates.

Probably I was one of the most fortunate persons who got the opportunity to interact with Yale University, Princeton University students who were superb in terms of research and presentation skills. During the second day of the committee session, the delegates continued their debate on the topic. Subsequently, we were deeply engaged in the task of making working papers for writing down draft resolution. Working paper is something in which the delegates are asked to share ideas about a topic. We integrated those ideas into the draft resolution and worked out practical solutions to resolve ethnic violence. In the final session, our paper was voted on and passed.

Now, I would love to throw some lights on the event flows of HNMUN which were very unique and entertaining. I simply cannot forget the movie session with fellow delegates. It was an Italian neo-realist movie called the Battle of Algiers which was released in 1966. This movie chronicles the Algerian war, the struggle of the Algerian people, and the atrocities of the French colonial government. I was highly mesmerised by the cinematography of the film.

Professor Joseph Nye was a keynote speaker at the opening ceremony of Harvard National Model United Nations. He is one of the most influential personalities in the world now. He is a former dean of John F Kennedy School of Government at Harvard University who currently holds the position of university distinguished service professor, emeritus. While speaking about the moral dimensions of US foreign policy, professor Joseph Nye pioneered the idea of soft power which was used in the Clinton administration and the Obama administration. On the other hand, he explained what instigated Harry S Truman, 33rd US president, to attack Hiroshima and Nagasaki in the Second World War. He enunciated delicately about Donald Trump’s foreign policy. Americans constantly make moral statements about their presidents and foreign policy. Unfortunately, many of these statements are poorly thought through. A president is either praised for the moral clarity of his judgments or judged solely on the results of their actions. We listened to him with the fullest enthusiasm and concentration. I have never known such a virtuous person who is combined with intellectual prowess and warm affection. The most loveable part was that he took the audience through his in-depth knowledge of international relations. I was very lucky to meet such an erudite person at this well-esteemed conference. His recent book Do morals matter?: Presidents and Foreign Policy from FDR to Trump was published in 2019.

International Cocktail Hour was a fantastic moment for all delegates because we were able to interact with each other virtually. The most memorable part was that I got involved in a pleasant conversation with one of the students from Harvard University named Matthew Dickey who is now serving as Under-Secretary-General of Business. We talked about films, literature, international affairs. He was appreciative of my literary and cinematic taste. Furthermore, I met some nice friends who were from New Mexico, India, South Korea, and Taiwan. The interaction helped me to know about their culture, language, and lifestyle. I must say that the International Cocktail Hour was one of the most delightful events in HNMUN.

In the closing ceremony, Irina Bokova was invited to deliver a speech. She was the former director-general of UNESCO. She also held several prestigious positions in her career. For instance, she was a deputy minister of foreign affairs and minister of foreign affairs ad interim under prime minister Zhan Videnov of Bulgaria. Her father was also a dignified political figure in Bulgaria. She was so gentle, eloquent, and sophisticated while delivering her speech. She inspired the young leaders to work collectively to tackle some pressing issues which are happening around the world right now. I felt that she is born with the gift of the gab which is a great quality to become a politician. After finishing the closing remarks, the director-general of each committee announced the winners’ name one by one. Most of the American and European delegates bagged such prestigious awards for their outstanding performance in committee sessions. This is how I ended up my HNMUN journey full of youthful spirit.

I have been feeling more enlightened from the flashes of Harvard University’s ever emitting wisdom and knowledge. Possibly I was the lone participant from Bangladesh who represented my country and institution in such a global platform.

Deepto Chakraborty is a student of the University of Liberal Arts Bangladesh.