The (mis)symbolic distortion of the real in Freud 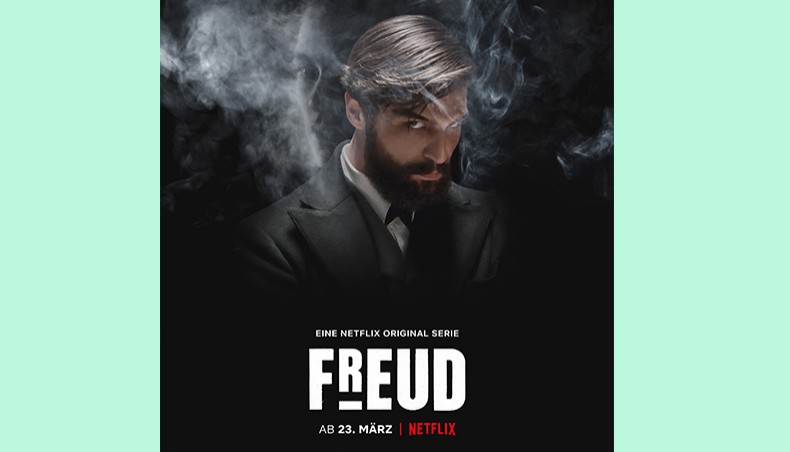 MANY people all over the world have waited to watch the Netflix series Freud. But many of them got frustrated by the super-fictionalisation of the facts in the series. It reflected on their reactions and reviews. In Rotten Tomatoes the series received 54 out of 100, and in IMDb 6.5 out of 10. It is quite natural for the person of Freud, as most of the times in history he received negative attention. But in recent times, when Freud is immensely popular in academia, especially in the academia that deals with arts and humanities, it is quite unnatural for a series on Freud receiving so many negative reactions. The reason is clear. Whatever people expected to be depicted in the series, it was not something paranormal anyway.

Someone who knows a little bit of Freud would be lured to watch the series by the names of the episodes: Hysteria, Trauma, Somnambul (sleepwalking), Totem and Taboo, Desire, Regression, Catharsis, and Repression, as Freud dealt with all these things within the paradigm of his psychoanalytic theory. But the creators of the series, probably obsessed with paranormal imaginations, deployed all these topics in a fictional plot.

The story of the series is set in 1886 Vienna where the tension between Austrian royals and the Hungarian nationalist elites is being developed. A countess and a count are trying some weird rituals to influence the royals, especially the crown prince, and bringing chaos to the empire so that Hungary can be free. It is quite complicated and sometimes disturbing, as the nationalist zeal for freedom is criminalised in the plot.

The countess in the series is an expert hypnotist. She uses her daughter, Fleur, as a medium to achieve her goal. At some point, she feels guilt, but her nationalist libertarian motivation keeps her doing anything that is needed.

On the other hand, Freud is a young doctor who fabricates cases to prove his hypothesis regarding the existence of the unconscious. He is a cocaine and cigar addict, works at Dr Meynert’s clinic and has a friend called Breuer. He knows a little bit of hypnosis but not an expert in the field as the countess. And he gets caught in the middle of the political game between the Austrian royals and the Hungarian elites. The count and the countess are involved in several brutalities to activate an evil spirit that they call ‘Taltos’. What is Taltos and why it is important is not clear. But it is a certain power that possesses the daughter of the countess, Fleur, and has the capacity for doing impossible things.

The rivalry between the police, the guardians of the laws, and the army, the protector of the empire, is also a major dimension of the series. Kiss, a war veteran police inspector, gets involved with the criminal cases with which the countess and the count are involved.

Towards the end of the series, Freud produced a book called ‘The Power of Hypnosis’ which he called his magnum opus but forced to destroy the book under threat.

Breuer and Meynert are real people. It is, in fact, Breuer with whom Freud collectively invented the methods of psychoanalysis. And it is also true that in real life Meynert did not like Freud. But there is no evidence that Freud ever wrote anything like ‘The Power of Hypnosis’ and forced to destroy it.

There are elements of psychoanalysis in the series, and there are elements that can be analysed from a psychoanalytic perspective. As in the series, Freud is experimenting and helping people to remember their disturbing memories, altering the traumatising impacts of those memories, hypnotising them to reveal their dreams and memories and providing insights to set them free from their neurotic symptoms. But using psychotherapeutic techniques to solve paranormal mysteries and deactivate unexplained supernatural power is not something that Freud would do, or had done in his life. The incorporation of para-normalcy in the series, therefore, did not make it intense, rather made it disturbingly comical by the genre’s innate stupidity.

For the layman like us, who are not much aware of the debates regarding psychoanalysis, would become confused, and misinformed about Freud’s truly world-changing inventions regarding the understanding of the mind. But it is easily imaginable that the fate of the series was dependent on the demand of the contemporary series industry, and the construction of the collective unconscious that can only respond to certain symbols like zombification and other para-normalcy. Calmness and anything that can be considered logical and normal is considered a weakness in the contemporary television industry, and the series seems reluctant to be considered weak in this standard. Skilled actors with distinct faces, demonstration of expertise in the cinematography, complexity and the development of the story are rightly acclaimed by the critics of the series. But the series failed Freud, his thoughts, and the collective conscience of the people that desires and struggles for freedom.