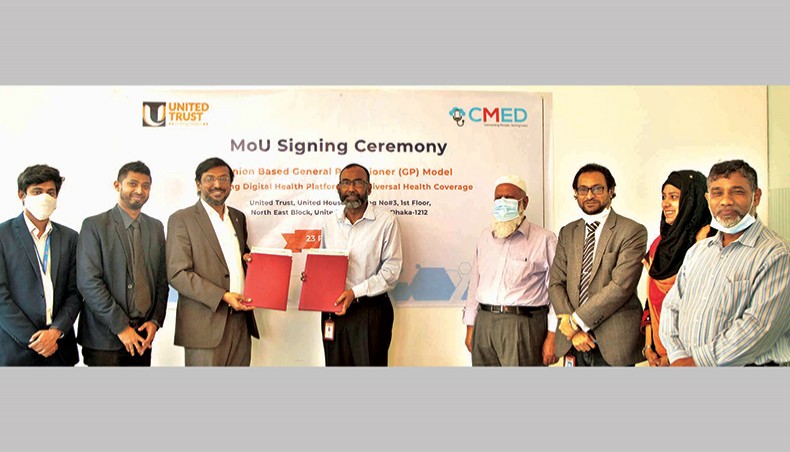 United Trust, a social welfare organ of United Group, have recently signed a memorandum of understanding with CMED Health Limited for jointly implementing the innovative ‘union based general practitioner model’.

The signing ceremony took place in the United House at Badda in Dhaka, said a press release.