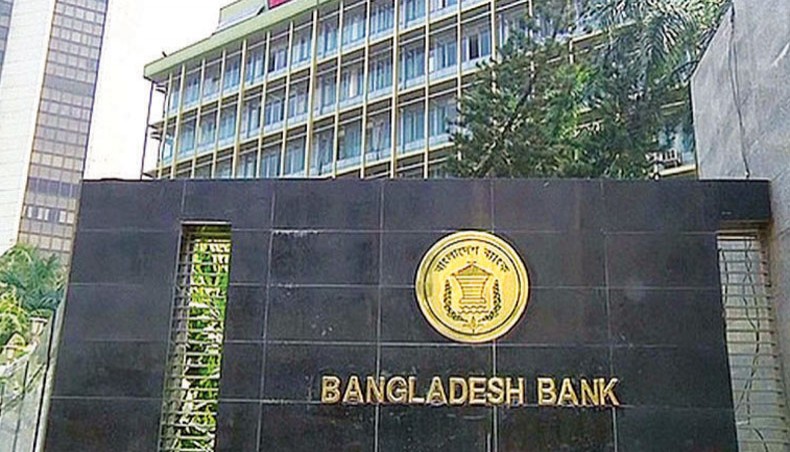 A file photo shows the Bangladesh Bank headquarters in the capital. The Bangladesh Bank has started an analysis into the possibility of issuing more incentive to small-value remitters by reducing the cost of sending money from abroad. — New Age photo

The Bangladesh Bank has started an analysis into the possibility of issuing incentive to small-value remitters by reducing the cost of sending money home from abroad.

The central bank has taken the move with a view to reducing the cost burden on remitters who usually send small amounts of money home from abroad.

An instruction given by prime minister Sheikh Hasina in 2019 prompted the central bank to explore the avenues on how such remitters could be given some respite.

For instance, MoneyGram, a United States-based money transfer company, charges at least $5 (around Tk 424) in fee for sending money from the US to Bangladesh even though it is a $50 (around Tk 4,240) transaction, costing the remitter 10 per cent of the amount he or she sends.

For sending AED 200 (around Tk 4,616) from the United Arab Emirates to Bangladesh, a migrant worker is usually charged around AED 15 (around Tk 346) in case of non-account fund transfer or cash pickup.

Md Kamaruzzaman, an expatriate living in Singapore, said that it was expensive for him to send money through the formal banking channel to Bangladesh when the amount is smaller than SDG200.

‘When the amount is low, we usually prefer to send money through Hundi as it is cheaper than sending money to bank accounts,’ he said.

Hundi is an informal way of sending money.

‘Sometimes, we have to send around Tk 3,000-5,000 for emergency purposes for a charge of around Tk 200. Along with conveyance, this amount totals to around Tk 300,’ Kamaruzzaman said.

‘In such cases, the cost of sending money rises and we opt for sending money through Hundi as we can execute such transactions by just calling the local Hundi agent who sends the money directly to our family members’ mobile financial service account.’ In order to give such remitters some respite, the central bank’s Foreign Exchange Policy Department has started analysing the viability of issuing the benefit to the expatriates, an official of the central bank said.

The department has already held an intra-departmental meeting over the issue recently, the official said.

The analysis is in the initial stage as the bank is yet to define small-value remittance.

Besides, the central bank will have to study how the overseas remittance houses or the foreign money transfer companies can be given the applicable transaction fees.

Not only the small-value remitters but the country will also benefit from the move, he said, adding that the move will work as an incentive for the overseas workers to send money to the country through the formal channels, enhancing the overall volume of inward remittance.

The government may reimburse beneficiaries of the remittance sent in local currency against the charge the remitters would pay to the money transfer agency.

To encourage the remitters, the government in the fiscal year 2019-2020 introduced a policy to pay 2-per cent incentive against inward remittance.

Following the announcement, inflow of remittance to the country reached a record $18.21 billion in the fiscal year 20192020 from $16.42 billion in the previous fiscal.

The country’s inward remittance reached $14.91 billion in the first seven months of the current fiscal year, with another five months to the end of the year.

Riding on the surge in remittance inflow along with slow imports, the country’s foreign exchange reserve surged by $11 billion to $44 billion on February 24, 2021 from $33 billion before the coronavirus infection broke out in the country on March 8, 2020.