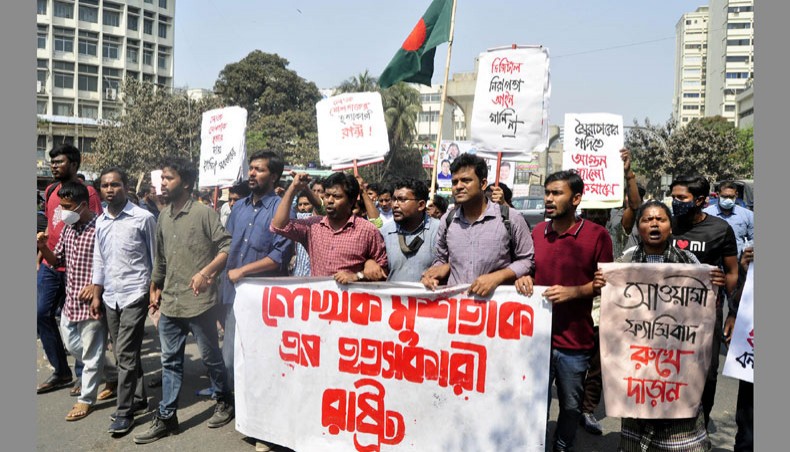 A group of left-leaning student organisations activists on Friday bring out a rally in the capital’s Shahbagh area protesting against the death of Mushtaq Ahmed in prison. — Focus Bangla News

At least five activists of Progressive Students Alliance were injured on Friday when the police charged baton on the agitators who were protesting against the death of Mushtaq Ahmed in prison.

The incident took place at about 7:30pm when they reached in front of the Public Library with a torch procession, begun from the alter of the Raju Memorial Sculpture on DU campus.