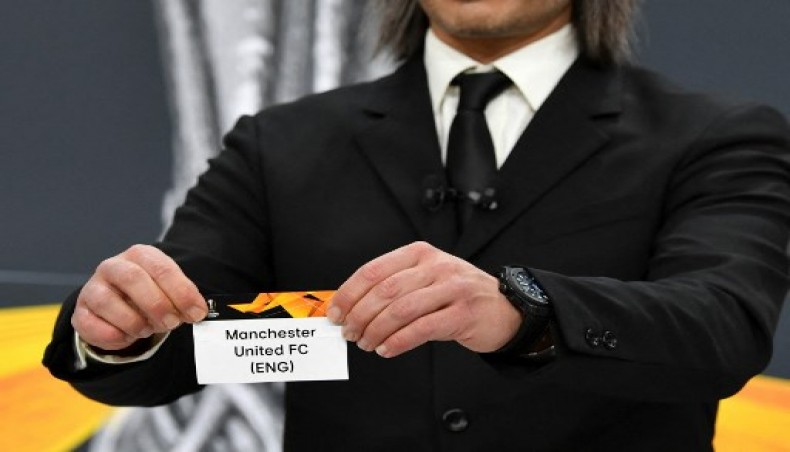 This handout picture provided by the Union of European Football Associations (UEFA) on February 26, 2021, shows Swiss former football player Hakan Yakin showing the slip of Manchester United FC during the draw for the round of 16 of the UEFA Europa League football tournament at the UEFA headquarters in Nyon.- AFP photo

Manchester United and AC Milan will face off in the last 16 of the Europa League after being paired together in Friday's draw in Nyon.
United, who beat Real Sociedad 4-0 on aggregate in the previous round, will face the seven-time European champions in a two-legged tie after they squeezed past Red Star Belgrade on away goals.
Draw for the last 16 of the Europa League following Friday's draw in Nyon: