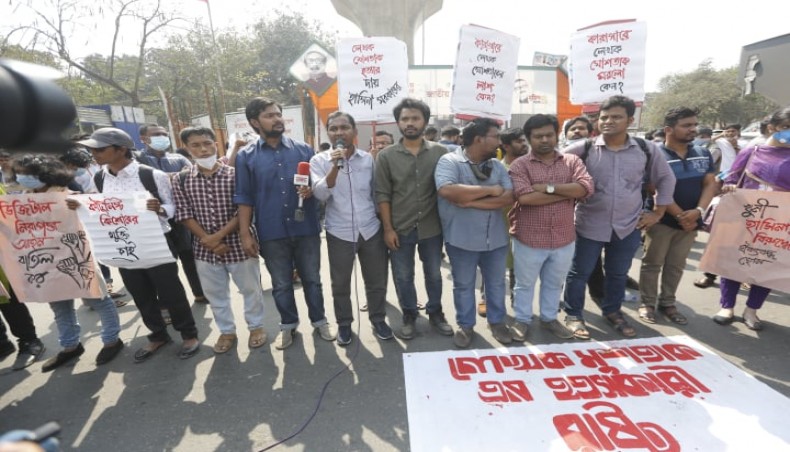 Students stage a protest against the death of writer Mushtaq Ahmed on the Dhaka University campus on Friday.- Sony Ramany

Progressive student organisations on Friday staged a protest against the death of writer Mushtaq Ahmed at Dhaka University.

The rally was held at the base of the Raju Memorial Sculpture of Dhaka University at about 11:00am.

The protesters blamed the state for the incident and displayed various placards demanding the repeal of the Digital Security Act.

Nasiruddin Prince said that Mushtaq had written against the looting and corruption that had taken place in the country during the COVID-19 pandemic.

‘Mushtaq applied for bail six times but did not get it,’ he added.

Later, they marched towards Shahbagh with a procession and blocked Shahbagh crossing for about an hour.

The protesters withdrew their blockade about 1:00pm and announced to seize the home ministry on March 5.