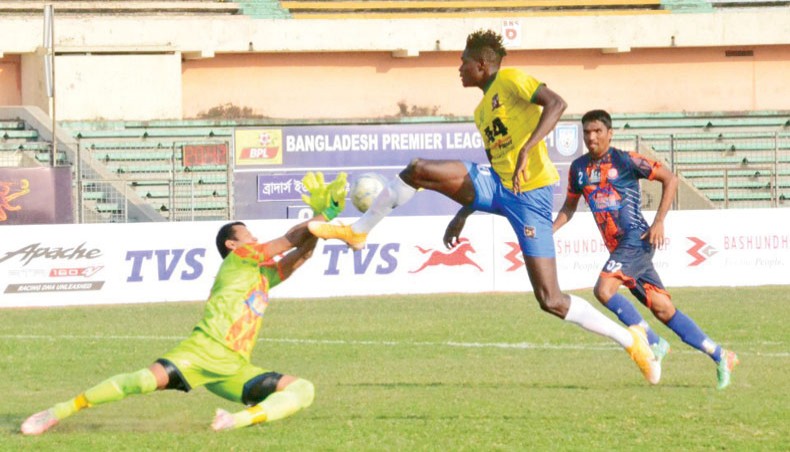 Sheikh Jamal Dhanmondi Club secured their first win after four consecutive draws as they beat Brothers Union 3-1 in their Bangladesh Premier League match at the Bangabandhu National Stadium on Thursday.

Sillah gave Jamal the lead in the 34th minute before Jobe made it 2-0 by scoring his 12th goal of the league in the 59th minute and share the top scorer’s honour with Bashundhara Kings Brazilian forward Robson Azevedo da Silva.

Otabek’s scored the third goal from a free-kick in the 76th minute before Foisal Mahmood reduced the margin scoring in the 81st minute for Brothers.

In Munshiganj, Police FC forward Jamir Uddin gave his team the lead in the 14th minute before Ivory Coast midfielder Frederic Podda netted the second in the 29th minute.

Arambagh forward Nihat Zaman Ucchash scored once in the 72nd minute to reduce the gap.

With the day’s win, Jamal moved into the second place of the table leapfrogging Abahani Limited by virtue of scoring more goals as both side earned identical 22 points from 10 games.

Kings are leading the table with 31 points from 11 games.

The eighth-placed Police earned 12 points from 10 games while Brothers and Arambagh remained winless after 10 games.