Saudi cos keen to invest in Bangladesh: envoy 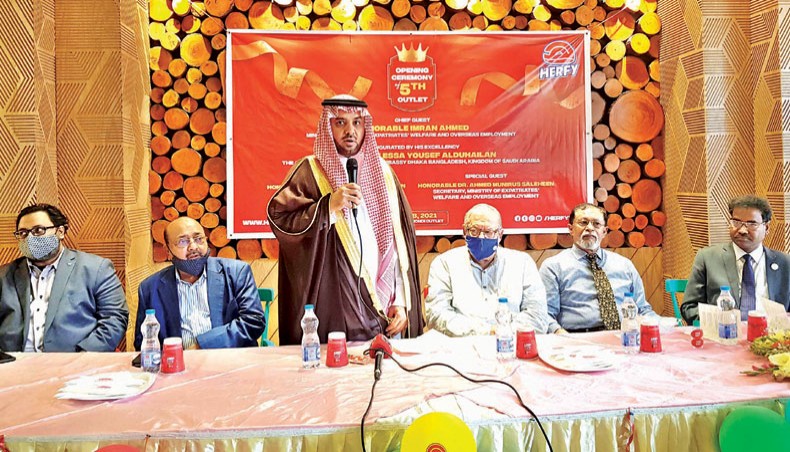 Saudi companies are keen to invest and develop joint ventures in various sectors in Bangladesh, Essa Yousef Essa Alduhailan, ambassador of the Kingdom of Saudi Arabia said at a function in Dhaka on Thursday.

The function was organised for inauguration of a food outlet of Herfy, a Saudi brand, at Dhanmondi in Dhaka.

Expatriate welfare minister Imran Ahmad, who was the chief guest at the function, described the opening of the outlet as ‘a small step forward’ to Saudi investment in Bangladesh as the relationship between the two countries are now mostly in the manpower sector.

He also spoke about the potential of sending more skilled people to Saudi Arabia for development of the kingdom.