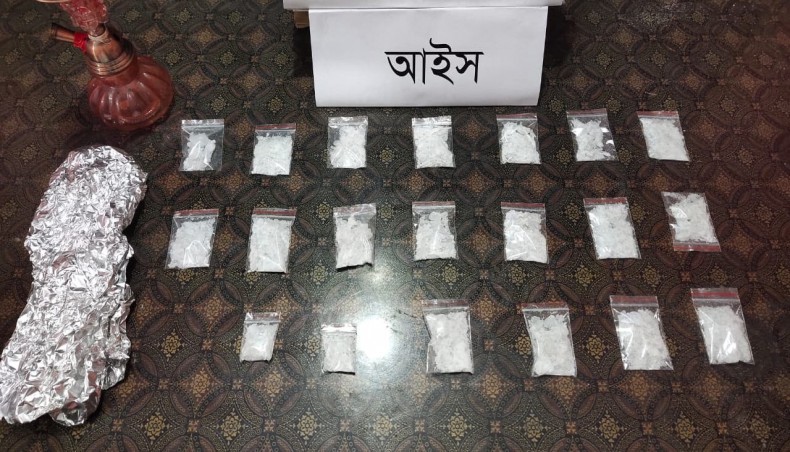 The arrestee are Shafiul Alam, 34, of Banshkhali upazila in Chattogram, and Md Yasin Rana, 50, of Nangalkot upazila in Cumilla.

Major Md Mushfiqur Rahman of RAB-7 told New Age that, on information, they conducted a drive in Mozaffar Nagar area under Khulshi police station at about 12:30am.

Sensing presence of the elite force, the duo tried to flee the scene. But, the RAB members arrested them after a chase, said Major Mushfiqur Rahman.

Later, they seized 140 grams of Crystal Meth worth around Tk 14 lakh from their possessions, said the officer.

He also said that the drug was seized for the first time in Chattogram.

The arrestees along with the seized drugs were handed over to Khulshi police station for further legal action, he added.

Earlier, RAB arrested a drug peddler with 777 grams of Phenethylamine on August 11, 2020 and the drug was also seized for the first time in Chattogram.