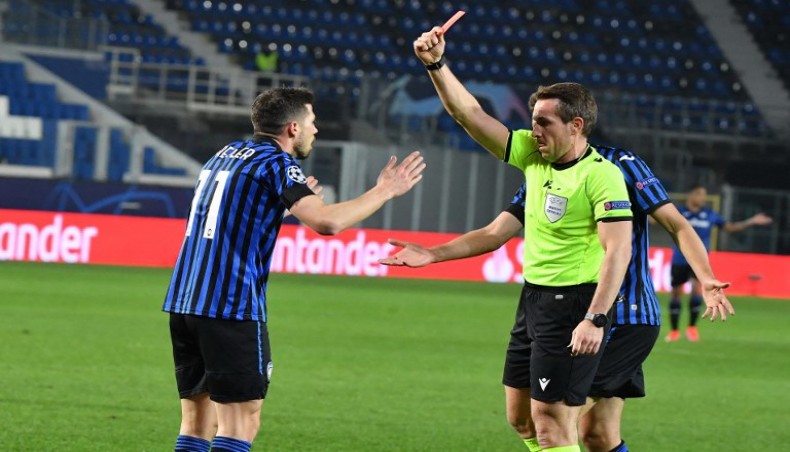 Atalanta coach Gian Piero Gasperini fumed over ‘football suicide’ on Wednesday after his team played more than 70 minutes a man down in their 1-0 loss in the Champions League to Real Madrid.

The Italian side had Swiss midfielder Remo Freuler harshly red-carded in the 17th minute for tripping Ferland Mendy at the edge of the penalty area.

Adding insult to injury, Mendy went on to score the only goal four minutes from time of the last 16 first leg tie to hand the 13-time European champions a crucial away goal.

‘There is great regret because now there is the temptation to remove any kind of contact, which is football suicide,’ said Gasperino who took his team to the quarter-finals last season.

‘Unfortunately referees who have never played football do not distinguish a foul from a tackle.

‘If they do not distinguish it, let them have another job or have someone who played football be referee.’

Gasperini's mood was not improved by seeing forward Duvan Zapata limp off after half an hour with a muscular problem.

‘The game was ruined,’ added Gasperini. ‘I don't know what would have happened 11 against 11.

‘I just got banned for saying something in Serie A, if I say something now then UEFA will ban me. But this is football suicide.’