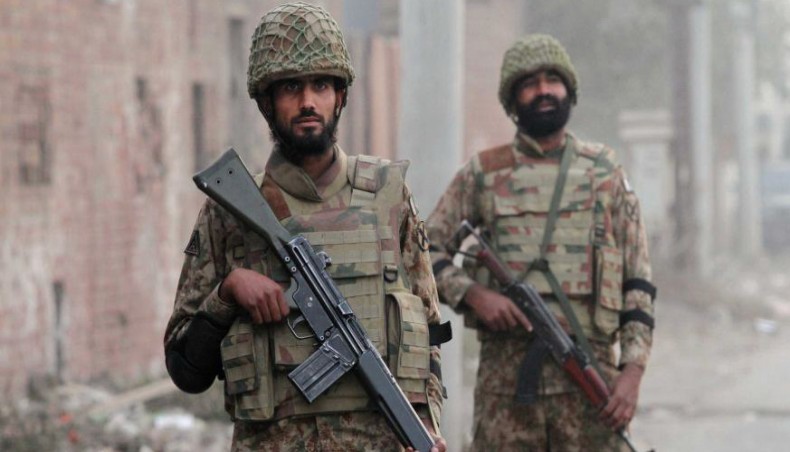 Pakistan and India on Thursday pledged to end all firing along their disputed Kashmir frontier, according to a joint statement from their militaries, after months of violence between the nuclear-armed rivals.

The two nations regularly exchange artillery and machine-gun fire along the ceasefire line known as the Line of Control (LoC) that has separated the countries for decades.

‘Both sides agreed for strict observance of all agreements, understandings and cease firing along the Line of Control and all other sectors with effect from midnight,’ read the statement.

The announcement follows months of clashes with each accusing the other of being responsible for thousands of ceasefire violations in the past year alone.

According to the Pakistan military, approximately 1.7 million civilians live along the LoC and increasingly rely on hundreds of bunkers to shelter during frequent skirmishes.

Kashmir has been divided between India and Pakistan since their acrimonious separation in 1947. The region has been a cause of two of their three wars since then.

The nations agreed in 2003 to a ceasefire along the LoC, which has prevented another full-blown war from erupting but has largely failed to quell the skirmishes.

Both countries claim large portions of the Himalayan region, where India is also fighting an insurgency that has left tens of thousands dead since 1989.

The portion of Kashmir under Indian rule has been under a heavy security blanket since the government imposed direct rule in August 2019, sparking a fierce rebuke from Islamabad.

Pakistan, however, has alleged it is a violation of the rights of Kashmiri people.