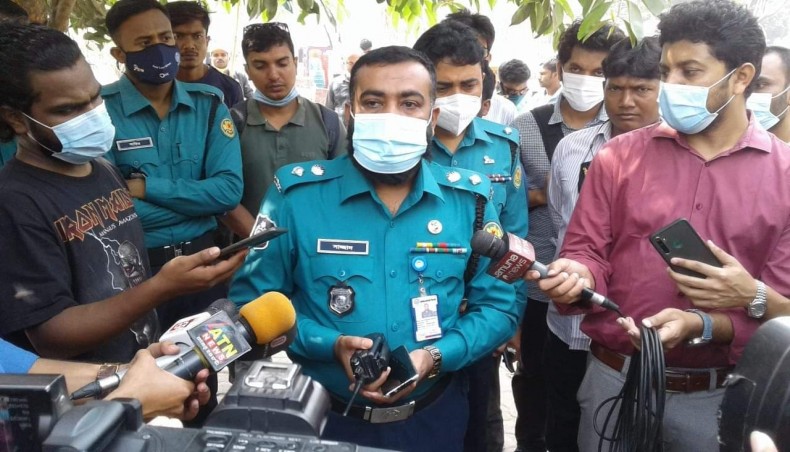 Police on Thursday detained 10 students of National University as they were trying to gather to hold a protest over the postponement of their examinations.

They were detained from the capital’s Shahbagh area at about 10:30 am.

Protesters said that a group of National University students started gathering at Shahbagh crossing as per their previous declaration, prompting police to intervene immediately and detain some students.

The deputy commissioner of Dhaka Metropolitan Police, Sajjadur Rahman, said some 8 to 10 students were taken to Shahbagh police station for interrogation, without giving the exact number.

‘If they are not guilty we will release them after the interrogation,’ he said.

Earlier, a group of National University students on Wednesday declared that they would hold a protest rally at 10 am on Thursday.

The NU students moved to hold the protest a day after the students of seven Dhaka University affiliated colleges hold a demonstration and blocked some major crossings in the capital protesting against the postponement of their examinations.

The government later decided to continue the ongoing and scheduled examinations of the colleges to pacify the protesters.