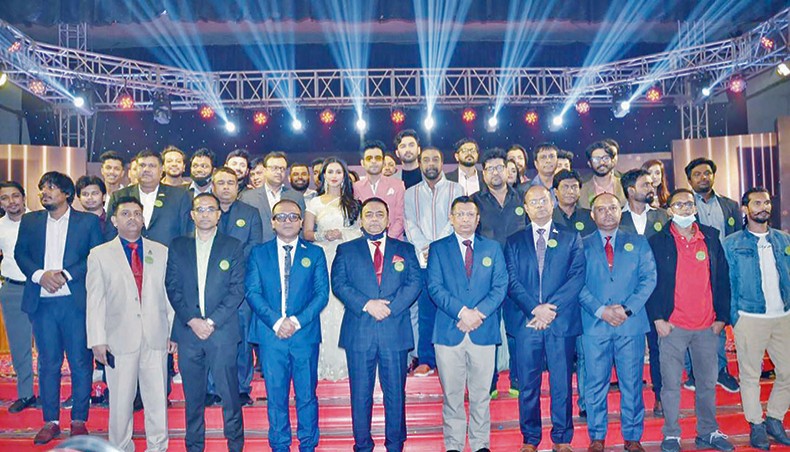 Guests along with cast and crew members of the upcoming film Operation Sunderban pose for a photo at the launching ceremony of teaser of the film at Army Golf Club in Dhaka on Tuesday. — Press release

The teaser of Dipankar Dipon-directed upcoming film Operation Sunderban was launched at a programme held at Army Golf Club in the capital’s Kurmitola area on Tuesday night.

The film, which has been produced by RAB Welfare Co-operative Society, will offer film lovers a glimpse into operations conducted by RAB against pirates in the Sunderbans. It will be released on the occasion of Eid-ul-Azha.

Benazir Ahmed launched the 1:33-minute-long trailer video of the film.

‘Operation Sunderban is a wildlife thriller film. I want to thank the cast and crew members for their hard work during the shooting. I also thank Rapid Action Battalion for supporting me. I urge all to watch the film after it hits cinemas. The film will be released during Eid-ul-Adha,’ said Dipankar Dipan.

‘I was introduced to Dipankar Dipon by a junior officer of Bangladesh Police. After speaking with him, I realised that he could helm this film. He is young, energetic and has sound knowledge of filmmaking and technology. We will try to release the film in various OTT platforms including Netflix. I hope film lovers will enjoy it,’ said Benazir Ahmed.

A website of the film named operationsundarban.com was also launched at the event.