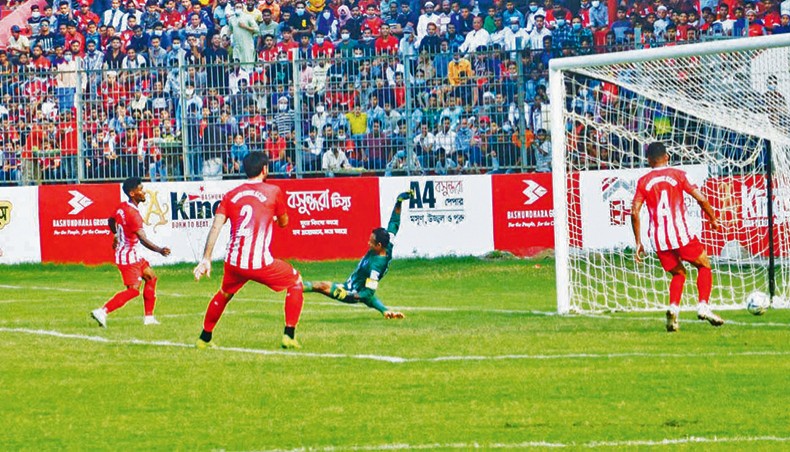 Holders Bashundhara Kings continued their brilliant run in the Bangladesh Premier League with a crushing 4-0 win over Sheikh Russel Kira Chakra at the Shaheed Dhirendranath Dutta Stadium in Cumilla on Wednesday.

In the day’s other match, Saif Sporting Club  came from a goal down to beat Uttar Baridhara Club 2-1 at the Bangabandhu National Stadium.

Becerra gave Kings the lead in the 23rd minute off a pass from Robson, who doubled the lead scoring in the 41st minute following a cross from Tawhidul Alam Sabuj.

Becerra scored his second in the 74th minute after a pass from Iranian defender Khaled Shafiei while Robson completed the rout in the 83rd minute receiving a pass from Becerra.

In Dhaka, Baridhara got the lead in the 20th minute with forward Arif Hossain scoring before Nigerian forward John Okoli equlised in the 44th minute for Saif.

The game was seemingly going towards a draw but midfielder Sazzad Hossain ensured Saif’s fifth win, scoring in the 89th minute.