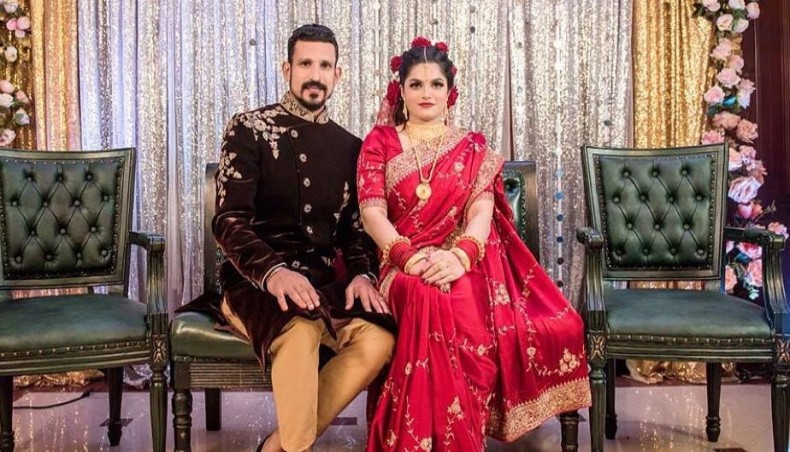 This photo taken from Facebook on February 15, 2021 shows cricketer Nasir Hossain is with his newly-wed wife Tamima Sultana.

Tamima’s ex-husband Rakib Hasan filed the case with Dhaka Metropolitan Magistrate Mohammad Jashim on the day under section 494, 497/498 and 500 of the penal code.

Bangladesh penal code section 494 made marrying again during lifetime of husband or wife a punishable offence.

Section 497 of the penal code about adultery defined the sexual intercourse with the wife of another person as an offence.

Bench officer Mohammad Helal told New Age that the magistrate accepted the case and ordered the probe, asking the PBI to submit an update on March 30.

Nasir posted several photos of his wedding on his verified Facebook page the next date and sought blessings from all.

The wedding stroked a controversy after Rakib accused Tamima of marrying Nasir without formally divorcing him and filed general diary with a police station in the capital.

Rakib also claimed that Tamima has an eight-year old daughter with him. The daughter is now living with his parents, he told reporters.

In January, he played in a controversial T10 tournament in UAE.