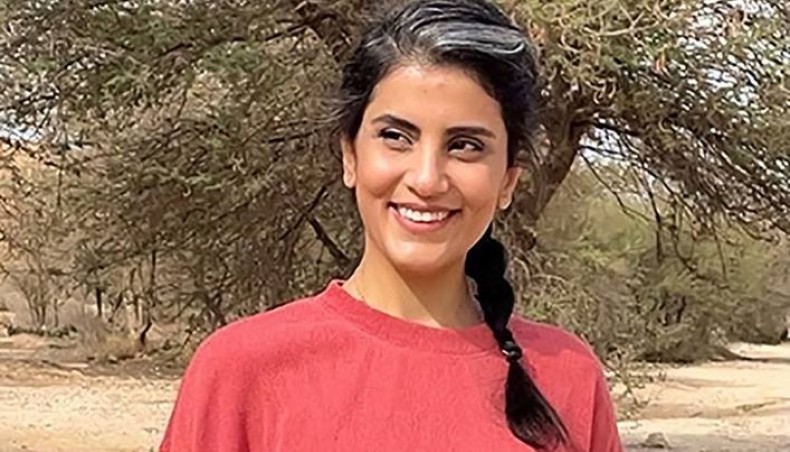 Saudi activist Loujain al-Hathloul basks outdoors in a desert camp after nearly three years in jail, but like other released detainees, she endures imprisonment in another form — a travel ban.

Saudi Arabia this month provisionally released Hathloul and two jailed Saudi-Americans in what is widely seen as a nod to US president Joe Biden, who has stepped up scrutiny of the kingdom’s human rights record.

But those released, along with family members who are not charged with any offence, are barred from exiting the country, in a collective punishment that leaves them vulnerable to what campaigners call state coercion.

Hathloul’s family published photographs of the smiling activist, best known for campaigning against a decades-long ban on female drivers, standing by a picnic table in a tree-shaded camp just days after her release.

They insist that she is far from free.

A Saudi terrorism court handed Hathloul a five-year travel ban after releasing her on probation, leaving her vulnerable to the risk of re-arrest, her family said.

And her parents have been barred from overseas travel since 2018, with no apparent way to legally challenge the restriction, they added.

‘No one knows who ordered the travel ban, there’s no record, no official notification,’ said Hathloul’s sister, Alia, who is based in Europe.

‘We don’t know how to remove this travel ban,’ she told AFP.

Their parents found out about their travel ban when attempting to leave the kingdom, Alia said, in what campaigners described as a familiar pattern.

Amid the pressure on her family, Hathloul has declined media interviews since her release.

Saudi authorities did not respond when asked by AFP how many citizens were banned from overseas travel.

But activists say that the measure is imposed on potentially thousands of Saudis, in a longstanding practice they describe as an invisible leash to manage dissent.

Its use predates the rise of de facto ruler crown prince Mohammed bin Salman, with mainly those facing trial or sentenced to prison subject to the bans.

But campaigners believe the measures now increasingly target family members of detainees or overseas dissidents seen as a nuisance.

‘The travel ban is one of the Saudi government’s tools for intimidation and pressure,’ said US-based Abdullah Alaoudh, the son of prominent cleric Salman al-Awdah, who has been jailed since 2017.

‘It has been used in unprecedented numbers to manipulate the public sphere and keep everyone under tight control,’ added Alaoudh, who is a research director at Democracy for the Arab World Now.

He said 19 members of his family — including a one-year-old child — have been banned from leaving the kingdom since 2017 ‘without any due process or legal proceedings’.

Also barred are dozens of tycoons and royal family members, such as billionaire prince Alwaleed bin Talal, who were locked up for months in Riyadh’s Ritz-Carlton hotel in a 2017 crackdown over alleged corruption, according to multiple Saudi sources and campaigners.

‘In addition to directly targeting Saudi citizens for arrest since 2017 authorities have also punished their family members by imposing arbitrary bans on travel or freezing their assets and access to government services,’ human rights watch said in a 2019 report.

‘In arbitrarily imposing the travel bans the appears to have broken Saudi law.’

‘Such a ban may be imposed only for a specified and limited period, and the subject of the travel ban must be officially informed within one week from the date of issuance,’ Alsharif wrote.

But like Hathloul’s parents, often many do not know their status until they are stopped at the airport or border post and informed that they are forbidden from leaving.

‘When I was stopped by an airport official, he asked: ‘Why are you banned? Did you go to Thailand?’’ said a Saudi academic barred from travelling for years, along with his wife and children.

‘I replied ‘No, I am as clueless as you’,’ said the academic.

The self-avowed ‘patriot’ said he tried to challenge the ban but got no answer from government agencies, and he shut down his social media accounts in case he inadvertently posted something that irritated authorities.

‘The logic for secretly enforcing travel bans seems to be: Why put people in jail when you can keep them in an open air prison?’ he said.