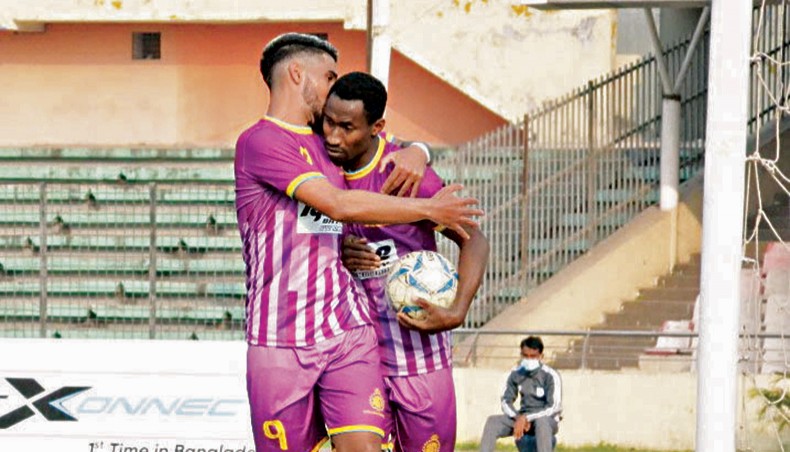 Nigerian midfielder Chinedu Matthew and local midfielder Mannaf Rabby scored once each in either half of the match.

Chittagong Abahani took the lead in the seventh minute when Matthew converted a through pass from midfielder Rakib Hossain and fired the ball at the back of Rahmatganj net with a left-footed drive.

Rabby doubled the margin in the 83rd minute by volleying the ball home from a cross from Brazilian forward Nixon Guylherme Rocha.

After the win, the port city outfits jumped to sixth position from eighth in the league table, with 15 points from 10 games, with four wins against three draws and three losses.

Rahmatganj, on the other hand, remained ninth on the 13-team points table with eight points from nine games.