The global cry for change 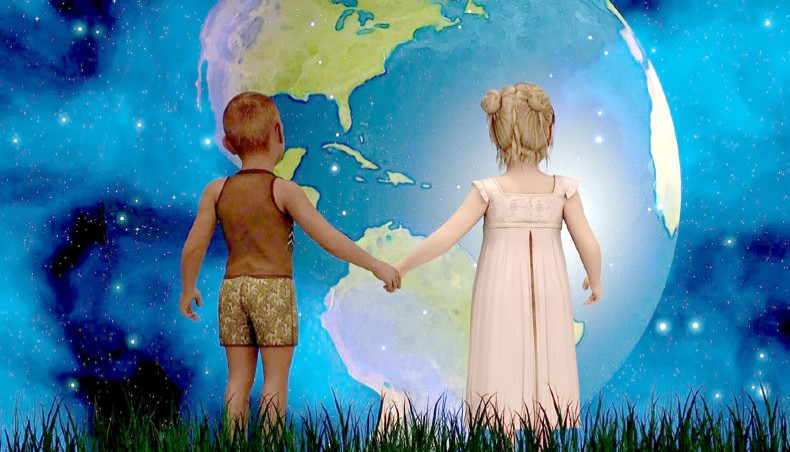 CHANGE is in the air, it’s been hovering for some time, but thanks to COVID-19 festering social issues and inequalities have been highlighted, intensifying the need for a new approach. Talk of environmental action and reimagining how we live and work fills the airwaves; catchphrases abound, spilling from the lips of duplicitous politicians who claim they want to ‘build back better’, create a ‘new normal’, and invest in a ‘green recovery’.

Repeated often enough, and the men and women in suits are nothing if not repetitive, such slogans become totally devoid of meaning. The word becomes the thing to which it refers, without ‘the thing’ — ‘peace’, ‘brotherhood’, ‘equality’ — ever being realised, or any meaningful action undertaken to bring it about.

A cluster of interconnected crises confronts humanity, the most urgent of which is the environmental emergency. The natural world with its sublime beauty and intricate systems has been vandalised, mutilated, poisoned. Hunger and malnourishment soil the lives of almost a billion people, billions more are economically insecure. Societies are fractured, divided, some more some less; there’s armed conflict, modern-day slavery, displacement of persons; anxiety, stress and depression are everywhere. It’s a mess, but it’s a mess from which a small number of very rich and politically powerful people benefit enormously. A tiny coterie of humanity, complacent and greedy, who are quite happy with the current order and do not want things to change, certainly not in any radical substantive way.

But billions of people throughout the world are desperate for change, for freedom, social justice, greater democracy and environmental action. And in the last forty years or so virtually every country in the world has witnessed expressions of popular outrage (including the more repressive states) as a global protest movement, unprecedented in scale, has emerged.

Social change has forever been slow in coming; fought for by the masses and resisted, often violently, by those in power. There is nothing unusual there, what is new is the weight and scale of the calls for change, the range of issues, interconnected, but diverse, and the urgency of the crises. The existence of internet, social media and mass communication means that the world is connected like never before. It’s easier to organise happenings, news is accessible almost everywhere all the time, speeding everything up.

Underlying this universal wave of discontent is a collective awakening, a unifying attitude of strength in the face of political arrogance, corporate exploitation and social division: enough is enough; hear us and respond, seem to be the mantras of the masses. Fear of reprisals has lost its restraining hold (as seen in the recent protests in, for example, Belarus, Russia and Myanmar) in the light of the power of unified creative actions brought together under the banner of love.

‘People power’ is the label commonly applied to this uncoordinated diverse movement by the mass media — and they love a label. It is a reductive, somewhat divisive term; the explosion in political, social and environmental engagement is not rooted in opposition, though this certainly exists, but flows from a growing sense of social and environmental responsibility and an evolving unity; a recognition that we are all responsible for one another and the planet.

Responsibility is a key component of a democratic society, as is participation, and, of course, the two are closely linked. Society is not separate from those who live, work and study within its boundaries; we are society, collectively we create the atmosphere, and we allow and perpetuate the structures and dominant modes of living through our actions and attitudes. Consciousness sits behind behaviour, attitudes, values, and consciousness (at least as far as we know it) is its content. Such content is predominantly the accumulated ideas and beliefs that have been poured into the mind from birth; conditioned content then is the fabric of our consciousness. We are, for example, conditioned into competition from childhood, and believing it to be natural and beneficial, we live within its divisive pattern and pass it on to others, our peers and children, say; we thereby add to the collective conditioning which shapes society.

Changes in consciousness and therefore behaviour come about quite naturally when conditioning is absent; remove conformity and fear from a classroom, for example, and see children relax, play and freely express themselves.

We are all responsible, not just for ourselves but for others, family, friends, our community, nation, region, world; the more we act, the more the ripples of responsibility expand. Recognition and awareness of this inherent responsibility lead quite naturally to participation and action, as the many and varied protest movements and community groups demonstrate.

Expressions of social and environmental responsibility reflect and strengthen an evolving realisation that humanity is one, that we are all essentially the same: individuals with particular qualities and gifts sharing a common nature and universal constitution, the beauty and depth of which we sense but do not understand; its quality is love, that much we do know; and it is love in action that needs to permeate any ‘new normal’.

DissidentVoice.org, February 21. Graham Peebles is an independent writer and charity worker. He set up The Create Trust in 2005 and has run education projects in India, Sri Lanka, Palestine and Ethiopia.