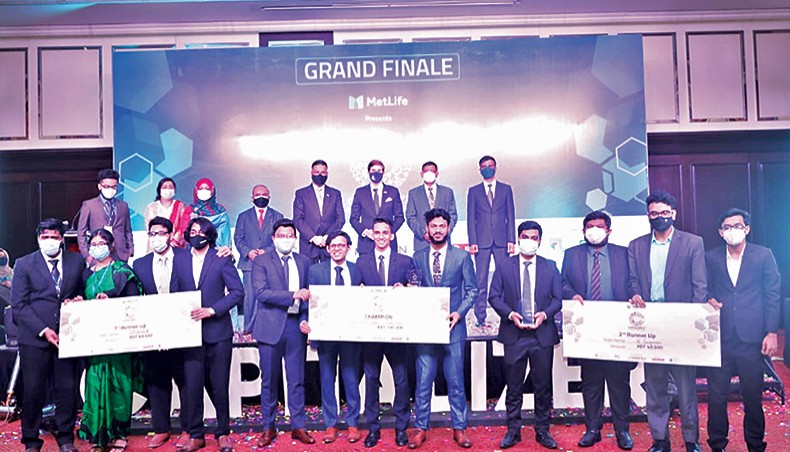 The winners of Bangladesh University of Professionals Capitaliser pose for a photograph after the grand finale of the business contest on the university campus in Dhaka on February 19. — Press release

The grand finale of Bangladesh University of Professionals Capitaliser was held 19 on the university campus in the capital on February 19.

In the contest, 157 teams from 27 universities took part and Team Medallion from Dhaka University’s Institute of Business Administration became the champion of the event.