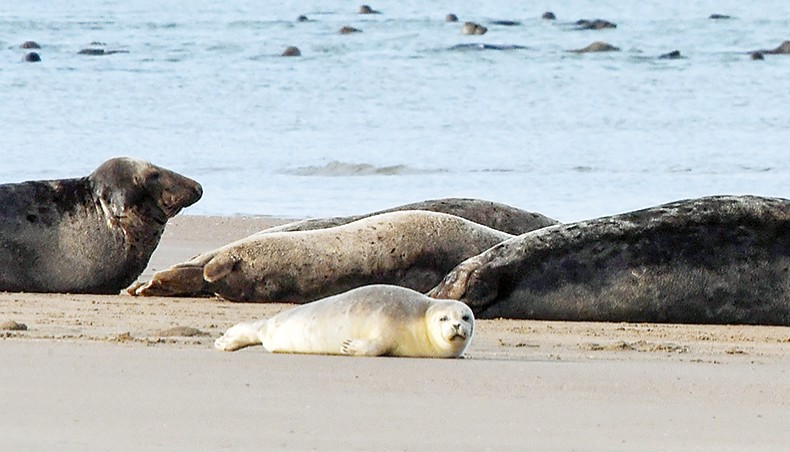 Rescuers were racing Monday to save dozens of pilot whales that beached on a stretch of New Zealand coast notorious for mass strandings, wildlife officials said.

The Department of Conservation said the pod of 49 long-finned pilot whales was found early Monday at Farewell Spit, about 90 kilometres north of the South Island tourist town of Nelson.

By mid-afternoon, nine of the whales had died and more than 60 people were working to keep the survivors alive for an attempt to refloat them at high tide, the DOC said.

‘Marine mammal medics will assist with refloating the whales and caring for them on the beach, keeping them cool and wet until they can be refloated,’ a DOC spokeswoman said.

Farewell Spit is a 26-kilometre hook of sand that protrudes into the sea at Golden Bay.

It has been the scene of at least 10 pilot whale strandings in the past 15 years, the most recent in February 2017, when almost 700 of the marine mammals beached, resulting in 250 deaths.

Scientists are unclear as to why the beach is so deadly, although one theory is that the spit creates a shallow seabed in the bay that interferes with the whales’ sonar navigation systems.