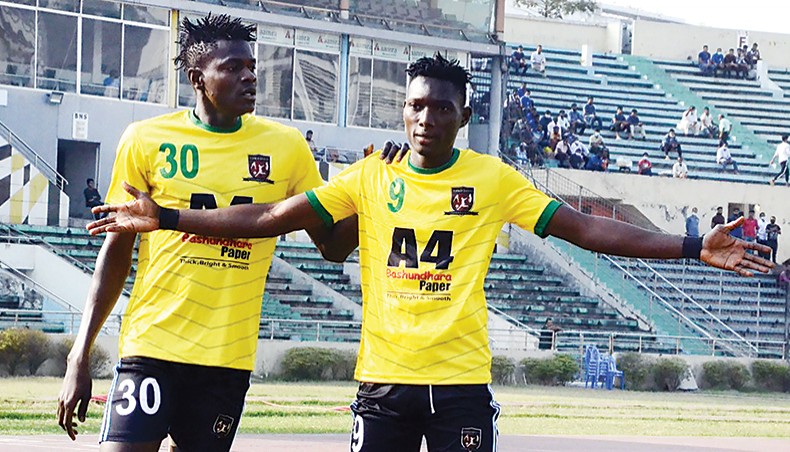 The other match of the day between Muktijoddha Sangsad Krira Chakra and Brothers Union ended in a stalemate at the same venue.

In the first match, Jamal got the lead twice in the first half and once in the other half of the game but Police FC came back on each occasion.

Jobe gave Jamal the lead in the 10th minute and score his 11th goal of the league.

Otabek and Solomon scored for Jamal respectively in the 40th and 49th minutes while Akhmedov, Pooda and Jewel levelled the margins in the 33rd, in the stoppage time of the first half and in the 69th minute respectively.

With the day’s results, Jamal remained second in the league with 19 points from nine games.

Police were in eighth place with nine points from nine games.