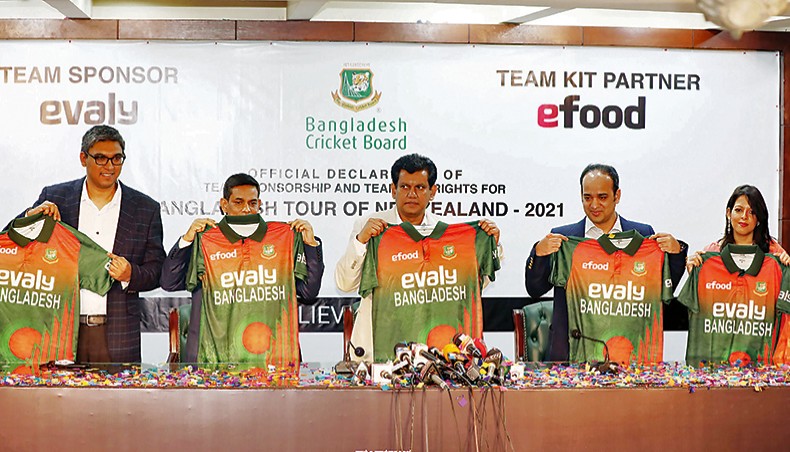 Bangladesh Cricket Board chief executive officer Nizamuddin Chowdhury (C) is seen after signing a deal with Evaly as the national team’s sponsor for their upcoming tour of New Zealand at Mirpur on Monday. — BCB photo

Evaly, one of the biggest e-commerce companies in the country, will be the national team’s sponsor for their upcoming tour of New Zealand, said a Bangladesh Cricket Board official on Monday.

The announcement was made at a media conference held at the Sher-e-Bangla National Stadium in the capital.

BCB chief executive officer Nizamuddin Chowdhury revealed that the company got the deal at Tk two crore for only the series against the Kiwis, which will start next month.

‘We are happy to announce that Evaly is our sponsor for the upcoming series against New Zealand. We feel that they will continue to be with us in the coming days,’ he said.

Tigers, who are scheduled to leave Dhaka today, will play three one-day internationals and as many Twenty20s against New Zealand during the tour.