Govt should not enter into partnership with foreign investors: Runner Group chair 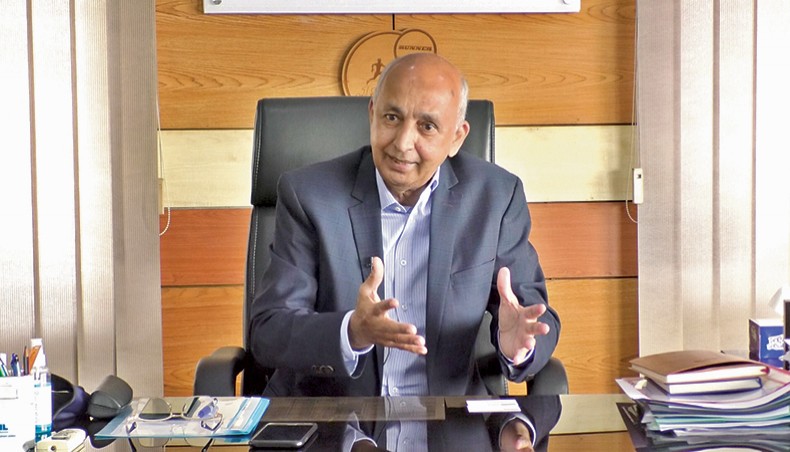 The government should not enter into partnership business with foreign entities as such engagements would make the foreigners reluctant to pair up with local private entities in any of their ventures, said Runner Group chairman Hafizur Rahman Khan.

The country’s entrepreneurs are facing a kind of imbalance with many foreign entities wanting to join hands with the government as it brings various opportunities for them but which also makes it difficult for the private entities to get foreign partners, the acclaimed businessman observed.

When overseas entities engage in business with the government, the playing field no longer remains equal for the local private entities of the same interest and this does not bear a healthy message for the sector, the chairman said.

‘If this continues, none of the private entities would get any investment,’ he said, suggesting that if the government engages in any business, it should do so all by itself to ensure fair play for all.

Mentioning that the prospects of the automobile sector were even greater than those of the apparel sector, the automotive industrialist said that the anti-China move and the coronavirus outbreak had opened up a new horizon for the country’s sector.

Hafizur, who is a Rajshahi University graduate, founded Runner Automobiles Limited in 2000 after working at two entities in leadership capacities for more than two decades.

The seasoned automobile businessman was selected as a Commercially Important Person for the year 2013-2014 for his contributions to the country’s business and economy.

Speaking on the potential of the country’s automobile sector, Hafizur said that around five to six crore motorcycles are sold globally each year.

Even though no country produces anything for a specific country, Bangladeshi businesses are largely focused on the country’s market, he said.

The COVID outbreak has brought with it some blessings for Bangladesh as many European companies now want to source auto parts from countries like Bangladesh, India and Nepal, Hafizur said, revealing that Runner has received proposals from foreign companies for sourcing automobile parts from Bangladesh as it would be less costly for them.

However, Bangladesh is yet to ensure certain facilities for them, including ease of doing business along with creating a smooth process for repatriation of investments and dividends, he mentioned, adding that dividend and investment repatriation from Bangladesh still entails a difficult process.

For the two-wheeler segment, there was a bar on the manufacturing of motorcycles which have an engine capacity of above 165cc. Restrictions cannot be favourable for flourishing of any sector.

However, he said, Runner was allowed to manufacture motorcycles of up to 500cc under special consideration.

Speaking about the global anti-China move to contain the country’s growth, Hafizur said that Vietnam had harvested the majority of the benefits out of the move along with Thailand, Malaysia and some other countries while had made no efforts so far in this regard.

He said that the branding of Bangladesh as an attractive investment destination was vital to attracting potential investors.

‘Until we ensure the branding of Bangladesh, the country would not be able to yield the benefits of the global move to leave China,’ he said.

Mentioning government efforts already initiated, Hafizur said that some impressive moves had been taken by the government, including the announcement to set up 100 economic zones across the country, 25 of which had already been set up.

Besides, the Bangladesh Investment Development Authority and the Bangladesh Bank have come up with measures of their won to make investments in the country attractive for foreign entities.

The country would certainly benefit from these initiatives in the next 10 years.

Publicising the government’s measures to attract foreign investments is crucial so that the potential overseas investors become aware of the benefits offered by Bangladesh and make decisions based on true information, the entrepreneur said.

Since the COVID-19 outbreak is about to be brought under control with the vaccination process already in the early stages, it is exactly the right time to launch a joint move to publicise the measures for attracting investments, Hafizur opined.

Stressing on the prospects of the country’s automobile sector, the industrialist said that the automobile sector could be larger than the apparel sector in terms of value, and policymakers should give the highest priority to the development of vendors in the sector.

Speaking about the repeated changes made in policies, Hafizur said, ‘We have observed that the National Board of Revenue issues new policies for the motorcycle sector each and every year in the form of SROs and each new policy contradicts with the other, creating confusion among the businesses, he said.

‘Moreover, we remain concerned about what sort of changes would be made anew.’

Policies on customs, value added taxes and those related to attracting foreign direct investments should be formulated for 10 years, Hafizur said, adding that if not so, there should not be any changes in the policies for at least a five-year term.

None of the government policies guarantees that there would be no changes for at least five years, he said.

For instance, previous BEZA documents declared that no taxes would be imposed on rental charge but the NBR imposed VAT on the charge in 2020.

There should be a segregation of responsibilities and coordination among the NRB, the

Bangladesh Investment Development Authority and the industries ministry, he said, suggesting that the NBR should not be allowed to determine how much taxes would be imposed on which entity.

Since the NBR has the mandate to collect taxes, the revenue board would always try to increase the amount of tax.

Unless recycling of batteries is not ensured, the impact would be disastrous for the environment.

Asked about Runner Automobiles Limited, he said that the company had grown stronger in the last twenty years.

My aim behind enlisting Runner with the stock exchanges was to ensure that the initiative would sustain and survive in my absence, he said.

‘In my understanding, handing over a company to the public actually ensures the longevity of the business entity and that is why shares of Runner Automobiles were floated on the stock exchanges,’ said the Runner chairman.

Keeping the issue in mind, I have kept myself away from the management of the entity and I have kept my function limited to some policy issues.

I will only oversee policy matters in the years 2021 and 2022 after which, I would keep myself away even from policy issues, Hafizur disclosed.

Hafizur, however, mentioned that he would retain the chairmanship of Runner Group.

He also mentioned that the company’s principle was to explore new avenues of manufacturing as he believed that there was no need for entities in the country that did not benefit the people as well as the country at large.

Recalling the memories of Runner Group’s beginning, he said, ‘I had shared my idea with some people and received support from all of them.’

‘I am grateful to all the sponsor shareholders who extended their all-out support to me and kept their trust on my leadership,’ he said.

It is their contributions which have brought about the kind of success the company has achieved.

Hafizur expressed his gratitude for the support and dedication he has been receiving from Runner Group vice-chairman Md Mozammel Hossain.

The asset base of Runner Automobile is very strong, he said, ‘It was my intention to hand over a strong entity to the general shareholders so that they would not blame me for transferring a weak entity to them.’

Asked about the dividend disbursement policy, he said, ‘I do not want to close all the doors of growth for the organisation. Growth is a must for each and every entity, without which the entity would not be able to survive. Capital is a major component of an entity and it must be strengthened,’ he said.

Speaking about the financials of the group, he said that 80 per cent of the group’s turnover was generated by Runner Automobiles and Runner Motors, and indirectly, both the entities were already listed as Runner Automobiles held 60 per cent stake in Runner Motors. Asked about the other companies of Runner Group, he said that the other companies were also going to be expanded.

If it becomes possible, I plan to leave these companies to the public as well, he said.