Locked up by lingo 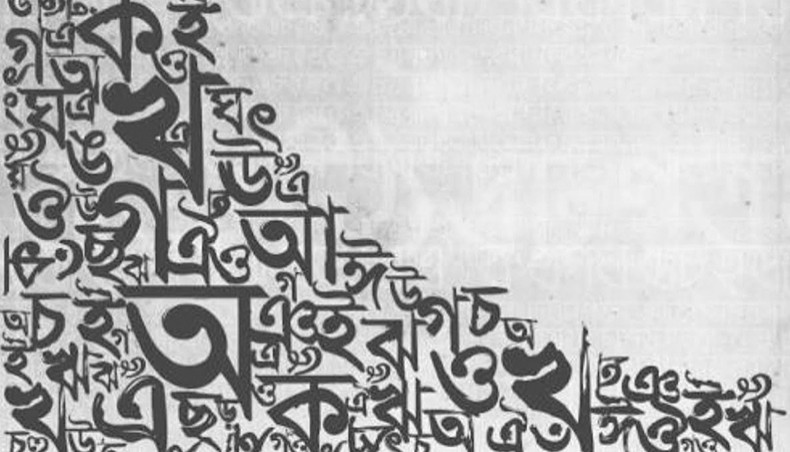 DALE Spender rightly said, ‘It is language which determines the limit of our world, which constructs our reality’. Language, as a vital component of our thought process, forms our perceptions. It effects not only how we think or speak, but also how we act or behave. That is why any limitation in a language impacts its users adversely. Language can never be completely unbiased or neutral since we acquire languages in a certain cultural context. Society, culture, politics and religion shape a language. Sexist values, beliefs, norms, and prejudices predominant in a society or a culture also influence its language and as a result, that language, as a key element of socialisation, impacts its users negatively.

Bangla is one of the most spoken languages in the world and has an extremely rich history. The Bangla language is one of the strongest elements of our culture and has always been a component about which we have been passionate and emotional. We proved that by shedding blood in 1952 to protect the prestige of our mother tongue. Our sacrifice has been recognised internationally and February 21 has been declared as International Mother Language Day by UNESCO. Despite the appreciations, Bangla speakers are still struggling with sexism in the language.

In a patriarchal society, where women are considered subordinates to men, it is not surprising that women are linguistically exploited. Since language carries the ideology of a society and its people, in our society it is used as a weapon to control, subjugate and demean women. Unfortunately, violence through language is considered a normal and an acceptable behaviour and women are often blamed for facing violence and sexism.

I will explore a few examples of how this happens.

THERE are a lot of generic words that are constructed with male terms while their meaning applies to both sexes, such as, chhelebela (boyhood to mean childhood), chheledhara (child-lifter), chhelemanush (naïve), chhelekhela (easy). Moreover, meye chhele or meye manush are commonly used as derogatory phrases to indicate women. Both reflect the societal view that women are not enough to be considered human unless you associate them with men.

IT IS interesting to observe how our beloved Bangla language is used differently for men and women. Women in this society are usually taught to grow up keeping marriage as their prime goal. That is why their lives in society usually evolve around marriage. People hesitate to call a woman obibahito (unmarried/bachelorette/single), while it is not at all a derogatory word to be used for men. This shows again how language connotes sexism; same words can be used with both positive and negative connotations depending on whom it refers to.

When a woman gets married, it is mentioned as meyetar biye hoyechhe (the girl got married off), whereas a man’s marriage will be referred to as chhele ta biye korechhe (the boy married). The word ‘kanya daan’ (giving away the daughter) is commonly used in Hindu marriages, which is also because women are considered a property of the father, to be given away to the husband.

While using metaphors, women are often compared to things that are soft, for example, mishti meye (sweet girl) is frequently used as a compliment for women. Women’s voice is commonly complimented as modhur moto mishti (sweet as honey). Sometimes girls are even named as Mishti, which means sweet or dessert in Bangla.

IF BANGLA slang is carefully examined, one will see that almost all slang words are linked to women or mothers. They reflect the patriarchal mind-set predominant in our society which ignores the responsibilities that fathers have towards children and rather makes mothers solely responsible for raising their children in a certain way. That is why it is the mother who is solely to be blamed for any wrongdoing or misbehaviour of a child or person.

One interesting word is maal (property/goods) which is commonly used to refer to women and clearly indicates a normalisation of the objectification of women.

BANGLA songs and literature have always emphasised women’s beauty and have mostly portrayed women as victims. Compared to that, we hardly find any songs and novels that narrate the stories of women’s strength, bravery, and victory. By using phrases such as potol chera chokh (big eyes), apeler moto gaal (cheeks like apple) and dighol kalo chul (long black hair) women’s beauty has been defined in a certain way and a particular standard has been set to be considered beautiful. No need to mention that we hardly see similar descriptions used to define beauty for men. Rather men and masculinity have always been described as bolishtho (vigorous), shutham (fit), and teji (fast). Clearly, language and society mutually reinforce the prevailing gendered norms.

More worrying is that these songs and literature often validate stalking, harassment and abuse towards women. Songs such as ‘Chumki cholechhe eka pothe, shongi hole dosh ki tate’ (It is okay to stalk/follow Chumki, since she is travelling alone!) re-emphasises the attitude of victim blaming which assumes that if a woman is commuting alone, she is asking to be harassed, as she knows that it is not safe to travel alone.

QUITE often, the male terms of certain words are considered the ‘root’ form, while female terms are created by simply adding suffixes to the male term which re-establishes male superiority. Chhatro-chhatri (male student-female student), jele-jeleni (fisherman-fisherwoman), dada-dadi (grandfather-grandmother) are a few examples of such words.

Undoubtedly, the use of sexist language is a type of sexism. It conditions our gender sensitivity and perpetuates gender discrimination. However, language itself is not inherently sexist; rather it reflects the sexism prevalent in a culture. That is why the issue of sexism in language and the worldview it reflects is alarming, because a language mirrors the sexist attitudes of the people of a society. Hence, any limitation or negativity in a language is surely the user’s responsibility.

It is our responsibility, the Bangla language speakers, to work towards eliminating sexism through language to save it from exploitation. Opportunities need to be created for women to take part in the process of forming and reforming the structures of the language and freely participate in and contribute to the mainstream media. In this way women will be able to express their opinions, talk about their situations and concerns and raise their voices against any discrimination. Additionally, anti-sexist or gender-neutral policies need to be adopted at institutional levels to disrupt the process that perpetuates sexism in everyday Bangla as part of an overall equal opportunity policy. By ensuring the proper implementation of the policies, we can hope to create a society where people will be mindful about how they are using Bangla.

Faria Rashid is a human rights activist trying to utilise writing as an outlet to express and protest. No system can imprison her; she is free in her thoughts, feelings, emotions and spirit.