A time for love and civil disobedience 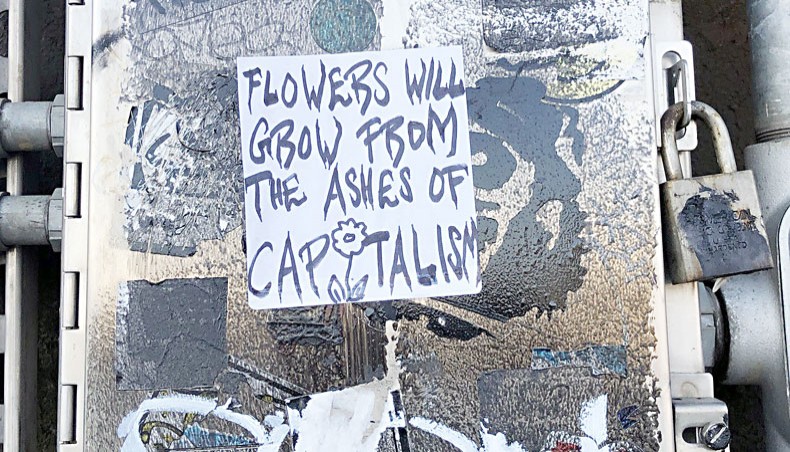 AS THE doctor approached with his scalpel and began performing ritual genital mutilation, I complained as loudly as an eight pound body is able, but my cries fell upon deaf and unsympathetic ears. Then they destroyed my first line of defence against disease-causing toxins by ripping out my tonsils and adenoids, and once again no one heeded my screams of agony. Then a white-coated monster called a dentist drilled away my new strong teeth, replacing vast enamelled swaths with a lead-like substance. Then other white coats brought out the needles, and the ‘jab’, all too often followed by bouts of fever and vomiting, became routine. Behind my sobs of pain was a growing suspicion that there was an agenda to wreck my health or kill me.

But those were also times of prosperity and hope. The second war to end all wars was history, and my parents bought a new house in Phoenix, Arizona. Three bedrooms, two baths, and a family room…all wrapped up in a package painted with lead-based colours, insulated with asbestos, and financed by a loan from a bank with money created out of thin air, to be repaid with interest over the next 30 years. So while They sprayed the surrounding citrus, grape, and cotton fields with DDT, stunted my intellect with regimented memorisation of useless verbiage in a prison camp called ‘school’, and added fluoride to the water supply, I managed to grow to a size approximating that of an adult.

It was 1960 when, at the age of eleven I became a financially semi-independent paperboy. When the next jab was scheduled, I balked, then refused further vaccines. Schooling (an activity designed for fish) became evermore unbearable, and I became some semblance of what humans were meant to be: fearless, free, strong, and joyous. A rebellious danger to society in the making. A decade or so later, after three tortuous semesters of college, I quit showing up. This triggered a 1A Selective Service classification, a draft notice, a refusal of induction, a federal felony charge, and ‘just punishment’ for my unreasonable hesitancy to become a murderous slave to those who claim authority.

60 years later or one year ago, with the lion’s share of my life behind me, it was beginning to look like the slide into the Homeplate of eternity might be made with confidence and ease. I’d known love many times, fathered a beautiful daughter, then embraced a grandson. My senses had beheld a great deal of the splendour of the world. I’d resisted the insane antics of the ruling class, understood their agenda of endless wars, had immediately seen through the 9-11 fraud, and attempted to vaporise them in words without mercy. I was at peace and without regrets. Then came the scam to end all scams. The scam which would completely sedate the huddled masses, rendering them and all progeny impotent and servile for the foreseeable future. The perfect scam, complete with an invisible and imaginary enemy. An enemy which was presented with precise timing and perfectly coordinated worldwide orchestration by the suits and ties, media whores, and white coats who announced loudly, clearly, and oh so often that there was only one road to salvation. There was only one way forward they said. Take the vaccine or die they said. Mask up, don’t gather, sing, shake hands, kiss, make love, or talk. Stay indoors, close your businesses, obey! Oh crap, this can’t be good said my little voice. Homeplate will have to wait a while. There’s a job to be done. No grandson of mine will grow up in the brave new world of COVID-1984.

There is a conspiracy which is much more than a theory. A vast and evil conspiracy to decimate the world population and enslave those who remain. They Live. Whether or not ‘they’ are alien lizards or actual psychopathic humans is a conversation somewhat irrelevant at this juncture. ‘They’ must be stopped, and sooner rather than later. Sand in the hourglass of freedom is on the move. ‘They’ have had many names throughout history, and it seems that ‘they’ have been around for a very long time. Their names have grown in number over the years, but their disdain for the common folks remains. To them, we are mere resources to be harvested, and with their new military grade 5G radio frequencies combined with technological breakthroughs have rendered the common folks superfluous and expendable. But we do make excellent lab animals. Listen!…

They thought nothing of precipitating the great wars of the twentieth century, didn’t blink an eye when their experimental vaccines caused a pandemic that snuffed as many as one hundred million lives with what was strangely called The Spanish Flu. They celebrated all of the assassinations of the 60’s, frolicked in the power of atomic bombs, enjoyed a sense of fulfilment on 9-11-2001, and are now finding perhaps ultimate satisfaction in the apparent complete success of The COVID-1984 Plandemic.

They are destroying your world so they can ‘Build back better.’ UN Agenda 21 for sustainable development is real. Event 201 foretold the COVID-1984 Plandemic only months before the big reveal. The Great Reset is resetting. The Fourth Industrial Revolution (the digital revolution) is here now. You are a resource at best; a hindrance and liability more likely.

They plan to usher you into human settlements where you will be linked to a population control grid and fed a diet of augmented reality and bioengineered food-like substances to keep you mooing contentedly. Physical money will disappear. Your cell phone will betray you. Your flat screen will create your reality. Your neighbour will police you, as you rat on him.

They transformed healthcare a century ago with needle-administered nouveau snake-oil ‘vaccines’ and oil-based ‘treatments’ designed to exacerbate vaccine damage, thereby creating a need for new treatments which are usually equally toxic…and so on. They said Pasteur (germ theory) was truth and Bechamp (terrain theory) was quackery. They used their allopathic model to sicken the world population at an ever-increasing rate, and in 1986 received complete immunity from damages caused by vaccines. They successfully shut down all contrary conversation and said that the science was fixed. That should have been a clue.

They don’t want you to be healthy. Healthy people don’t take their vaccines or treatments, don’t attend their schools designed to create obedience, mediocrity and uniformity, don’t eat their toxic, genetically modified and patented Frankenfoods, and don’t swallow the swill dished out by their dinosaur media. They despise humans who exercise in the sunlight and eat organic foods, and hate folks who love, laugh, play, mock them, and disobey. They need to be stopped once and for all, and if you don’t have that figured out by now, may the gods have mercy. At least you’re not alone. Those who pretend to sleep are many, and nearly impossible to awaken.

They shudder in fear when their official narrative is questioned, and fiercely censor all opposition. They are the state merged in the throes of passion with private corporations. They are fascists in every sense of the word, and must be stopped before their mass-culling of the herd goes any further. The vaccine scam has already killed or damaged unknown millions of hapless victims. They are the Democrats and Republicans at the top of the dung heaps. They are the old families; the Rockefellers, Rothschilds, Carnegies, and Fords. They are the newbie technocratic clans; the Gates’, Zuckerbergs, and Bezos’. They are Facebook, Google, Amazon, and The New York Times. They are the enemies of mankind and the destroyers of freedom, and they have created a case of worldwide Stockholm Syndrome. They orchestrated and financed the revolutions which resulted in the rise of the USSR and the CCP as models for the USA, which is being retooled to become just another big totalitarian state as we speak.

If you know all of this, and are participating in their plan, then their success is assured. If you are wearing a muzzle and speaking Mumblish, if you are eschewing hugs and handshakes, if you are practicing social distancing, and if you are jumping through all these ridiculous hoops fully aware that the COVID-1984 Plandemic is a fraud and a lie…then you are worse than the masses of hapless, hypnotised victims of Operation Mockingbird, which must comprise 95% of the US population. They know not what they do, and must be shown the way…if there still is a way. All we can do at this point is lead by example. Burn masks, hug your friends, exchange saliva with those most dear, and learn the power of NO! Freedom isn’t quite dead yet, although its demise has been widely reported. Hope is the best of things said Andy Dufresne in The Shawshank Redemption, but it must be backed up by action. Hasta la victoria siempre!