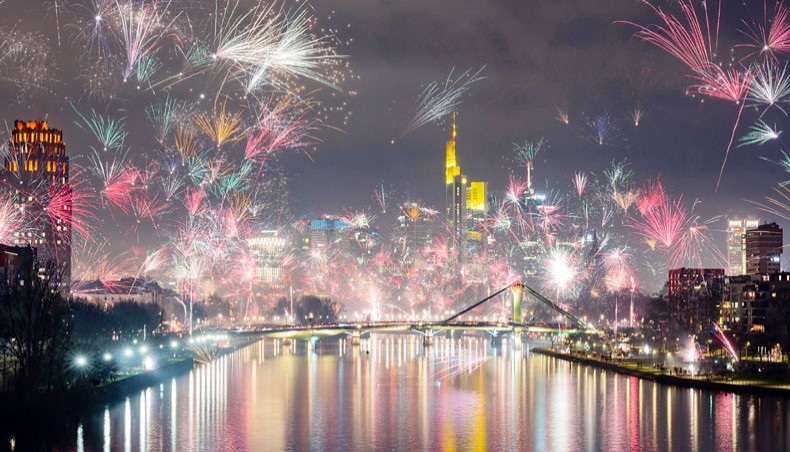 Governments must take urgent action to tackle the twin problems of runaway debts and soaring inequality, before they come back to bite us, writes Ben Tippet

ARE we about to enter another Roaring Twenties? Some experts certainly think so. In a recent article, the Bank of England chief economist Andy Haldane said the UK economy was ‘poised like a coiled spring’.

But before we dust off our cocktail dresses and practice our cabaret, we would do well to learn the right lessons from the original Roaring Twenties. Nothing better captures that decade like F Scott Fitzgerald’s classic book The Great Gatsby. Published in 1925, the novel interrogates the life of a mysterious millionaire Jay Gatsby and his world of exuberant stocks, soaring inequality and extravagant parties.

Nearly a century after publication, the book can still provide valuable lessons in both literature and economics. Significantly, it provides a clue to unlocking one of the most pressing economic questions of our time: who should pay for the COVID-19 pandemic?

Governments across the world have already announced $11trillion of fiscal measures to tackle the economic fallout from the pandemic, and the debate about who should ultimately foot this bill is growing louder by the day. And as the pandemic continues to widen the gap between rich and poor, many fear that inequality is returning to Gatsby-esque levels.

We all know how the last Roaring Twenties ended: the decadence of the 1920s was followed by the turmoil of the 1930s. Policymakers would therefore be wise to learn from history and take action to tackle the twin problems of runaway debts and inequality, before they come back to bite us.

At the current juncture, this means ensuring that COVID-19 recovery is funded by those with the broadest shoulders. In other words: the Gatsby’s of the modern world must be made to pay their fair share. How can this be achieved in practice?

THE most direct way to tackle inequality is a global wealth tax of the kind proposed by Thomas Piketty. His global proposal would raise over $4 trillion a year, enough to repay all the fiscal COVID-19 measures and more, in less than three years.

In recent years the Overton window has decisively shifted when it comes to wealth taxes. A decade ago, progressive wealth taxes were a fringe idea, ridiculed as unworkable and infeasible. Today, they are seriously considered by policymakers such as the Wealth Tax Commission in the United Kingdom or Argentina’s recently passed millionaire’s tax. The public are also on board: recent polling in the UK shows strong support for a new wealth tax, not simply to generate revenue but to reduce inequality.

For a progressive wealth tax to work, opportunities to avoid the tax must be tackled. The exact amount of extra revenue governments could raise globally from clamping down on offshore evasion is difficult to ascertain due to its secretive nature. However, most estimates put the figure at around $125 billion a year at current tax rates. A clear first step to making this a reality is to build a public global asset register shared by all countries across the world, recording who owns which assets and where.

WHILE the 1920s were driven by rising stocks of oil, steel and trains, today it is the big tech companies — Microsoft, Apple, Google, and Amazon — whose profits and stock prices have risen mercilessly. While capital might have changed its image, replacing steel with screens and top hats with T-shirts, the concentration of corporate ownership by a privileged elite remains as true today as in Gatsby’s day. In the United States, the wealthiest 10 per cent of Americans own 89 per cent of all company shares, while the bottom 50 per cent of Americans don’t own even a single per cent.

How to tackle this? There are three ways to make corporations pay their fair share.

Firstly, learning from history we should implement an excess profits tax on the companies that have benefited from the pandemic. In past crises — such as during the First and Second World Wars and the Korean War — any company whose profits soared were taxed at very high rates of 80 to 95 per cent. Reintroducing a similar excess profits tax today on just the top 32 most profitable companies in the world would raise up to $104 billion a year. As Gatsby puts it: ‘Can’t repeat the past? Why, of course you can!’

Secondly, corporate tax evasion should be shut down. According to the International Monetary Fund, taxing corporations at current rates in the countries where they actually sell their products would raise an extra $600 billion a year. Alongside this, shutting down tax evasion would reverse the race to the bottom in corporate tax rates, which have plummeted across the world since the 1980s.

Thirdly, governments should implement a global financial transactions tax. By applying a small levy on the trading of stocks, bonds and derivatives, this tax could raise between $238 billion and $419 billion annually. Following the 2008 market crash, campaigners rallied around this tax and they gained support from governments around the world. However, after heavy lobbying by the financial sector the idea conveniently dropped off the agenda.

IF The Great Gatsby teaches us anything, it is that endless accumulation does not always buy us happiness. Gatsby acquires great fortunes, and yet he is unable to secure the one thing he wants — Daisy’s love. Just like Gatsby, we are waking up to the fact that our relentless quest for growth is destroying the essence, and perhaps the foundation, of life itself.

Nowhere is this clearer than the climate emergency. To raise the funds to decarbonise our economy whilst simultaneously phasing out fossil fuels, policymakers should eliminate public subsidies to the fossil fuel industry and implement a tax on the cost of pollution. According to the IMF, these could raise an extra $3.2 trillion a year — enough to pay for decarbonisation of large parts of the global economy.

But as the Gilets Jaunes protests in France and the 2019 protests in Ecuador show, if not properly designed carbon taxes can end up hitting the poorest households the hardest and triggering a social backlash. Reforming subsidies and implementing fossil fuel taxes must therefore be done alongside building publicly owned democratically organised renewable energy systems, as well as providing sufficient social welfare so that rising energy prices do not leave the poor worse off.

DESPITE being dressed up in the analogy of war, pandemics cannot be tamed through the barrel of a gun. Government spending on soldiers, jets, tanks and aircraft carriers means less resources for doctors, ambulances and hospitals. Military spending is often wasteful, unaccountable and harmful. The US military, for example, is responsible for 38 per cent of the total global military spending but still can’t pass a basic audit. Since the beginning of the ‘war on terror’ in 2001, the US military has contributed to displacing an estimated 37 million people — the equivalent to the entire population of Canada.

Reclaiming 10 per cent of the global military spending, as called for by global campaign groups and US senator Bernie Sanders, would raise $192 billion a year globally — enough to fund 43 more World Health Organisations. If this sounds utopian, then consider the fact that South Korea has said that it will trim next year’s defence budget by two per cent ($738 million) and Thailand by eight per cent ($557 million), with the money going instead to a disaster relief fund and stimulus package respectively.

IN THE hundred years since The Great Gatsby was published, one thing that has not changed is the justifications for extreme inequality. Ideas of meritocracy, social mobility, and white supremacy are routinely relied upon to defend inequity. One of the book’s powers, and perhaps the reason it endures, is that it peels away these justifications, exposing the persistent class divides that prevent us from truly understanding each other. Gatsby is ultimately contained by a social class that he cannot escape. It asks us a question that is more relevant today than ever: can the deep inequalities that shape our world be overcome?

The pandemic has both shown the deep interconnectedness of the globe while sharpening the divides between us. Nowhere is this clearer than the divide between the global north and the global south.

Given the long history of colonial exploitation and structural adjustment programmes, the pandemic has hit countries in the global south particularly hard. Before the pandemic struck last year, many developing countries already had historically record high debt levels. Astonishingly, 64 countries were spending more on debt repayments than on health care. When the pandemic hit, huge capital outflows and a lack of monetary tools prevented these countries from mobilising the same unprecedented levels of state support that have been seen in the global north.

To tackle the debt and fiscal crisis in the global south, policymakers need a three-pronged approach. Firstly, unsustainable debts need to be written off. In November 2020, the G20 established the Common Framework to deal with unsustainable debts in the global south, which aimed at restructuring the debts of some of the most indebted countries of the region. However, these plans have been criticised for not including private creditors, who increasingly hold poor countries to ransom in what David Malpass, president of the World Bank, has called ‘the modern equivalent of debtor’s prison’.

Secondly, $2.5 trillion of Special Drawing Rights — the IMF’s own international currency — should be issued. SDRs are safe assets whose value is determined by a multipolar basket of currencies. Just as a gift voucher frees up money to spend on other things, a country that receives SDRs can trade them for real currencies to repay foreign debts, freeing up money for health care and poverty reduction. Significantly, SDRs do not come with the kind of punishing conditionality agreements that are often attached to IMF loans.

Kristalina Georgieva, managing director of the IMF, has claimed that issuing new SDRs ‘isn’t off the table’. While the Trump administration used the US veto at the IMF to stop any issuance of SDRs, Biden has suggested that this could be changed once he comes into office.

Finally, countries in the global north should increase their official development aid by a total of $500 billion to help the global south deal with the immediate economic fallout from COVID-19.

Towards a new Roaring Twenties

TAKEN together, these proposals could raise up to $10 trillion a year. Within ten years, this will be enough money to repay all government stimulus spending due to the pandemic and fight climate breakdown and deliver the United Nations’s Sustainable Development Goals. These ‘three tens’ — ten proposals raising $10 trillion a year over the next ten years — could be a fiscal engine for a new Roaring Twenties, while making those with the greatest ability and responsibility pay.

In conversation with Ernest Hemingway, Fitzgerald once said, ‘You know, Ernest, the rich are different from you and me.’ Hemingway replied ‘Yes. They’ve got more money.’

Unlike Fitzgerald’s time, we can make this a Roaring Twenties for all — not just for the Gatsby’s of the modern world.

OpenDemocracy.net, February 18. Ben Tippet, an MPhil/PhD student at the University of Greenwich, works on the determinants of wealth concentration, with a particular focus on the roles class, financialisation and government fiscal policy play in increasing inequality.