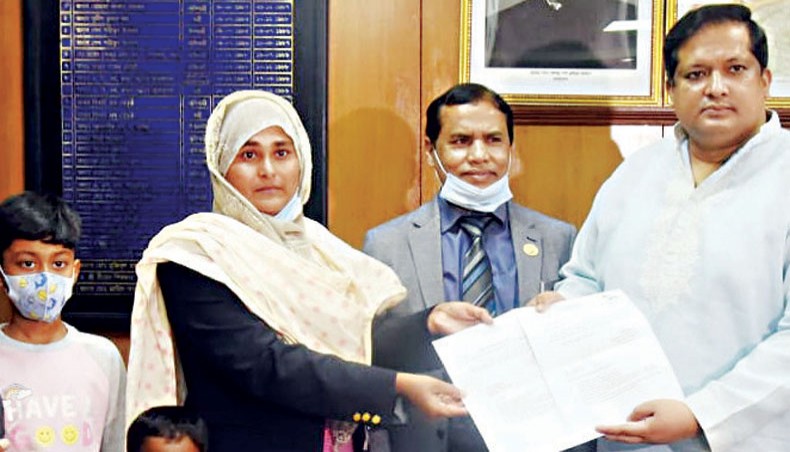 South Asian Games gold medal winning taekwondo player Shammi Akter received a flat and a cheque of Tk 25 lakh from the ministry of youth and sports on Thursday.

Bangladesh Ansar and VDP athlete Shammi, who won a gold medal in the 11th South Asian Games in 2010 in Dhaka, was passing a very hard time with her two sons after her husband was killed by robbers on August 2018.

State minister for youth and sports Zahid Ahsan Russel handed over the flat’s key and cheque to Shammi during a ceremony at his office.

Shammi expressed her gratitude to prime minister Sheikh Hasina and Russel for their support.

‘Thanks to the prime minister and sports minister…I got a roof over my head to lead life with my two children and Tk 25 lakh. I think these are the biggest achievement of my life,’ an emotional Shammi told the media.