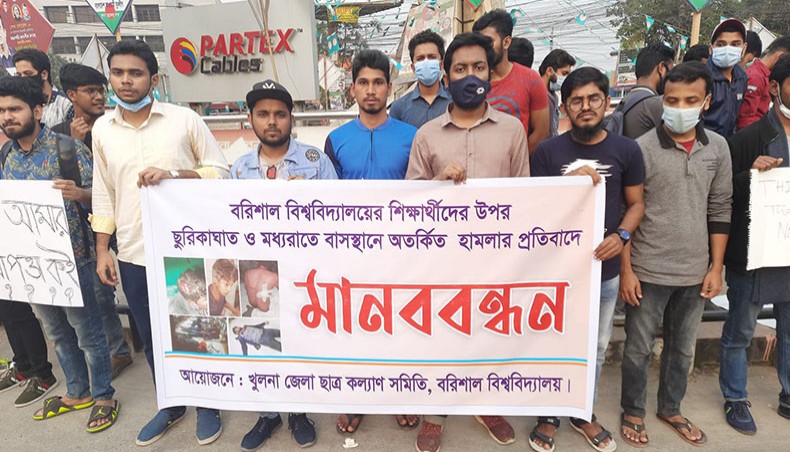 The attacks on private residential halls where BU students were residing left at least 25 students injured.

Victims told the media that the attacks were carries out by transport workers.

Sources said that a student was allegedly stabbed by a transport worker on Tuesday following an altercation. Agitated students demonstrated by blockading Barisal-Kuakata highway for over two hours following the incident.

On Wednesday, the students continued their protests, torched a bus and blocked the highway for the second time for over twelve-hours.

At least 13 students were admitted to Barisal Sher-e-Bangla Medical College Hospital while the rest were discharged after primary medical attention.