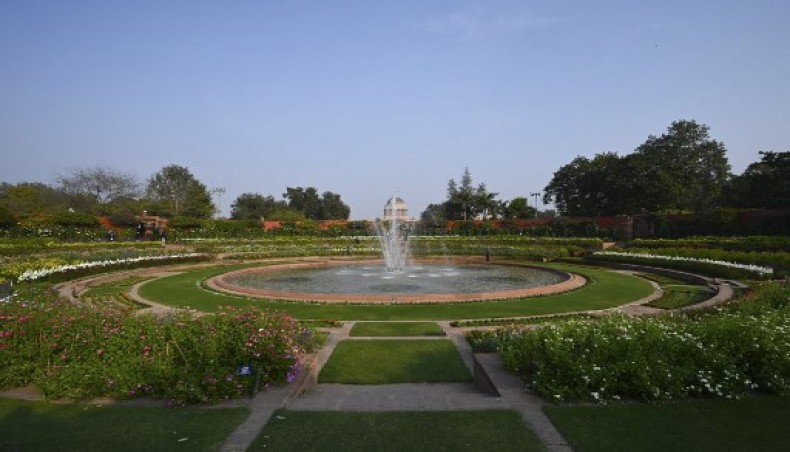 Flowers bloom at the Mughal Gardens of the Indian Presidential Palace in New Delhi on February 11, 2021.- AFP photo

Fallout from a devastating flash flood in a remote north Indian valley hit the capital New Delhi more than 500 kilometres downstream on Monday, when water supplies were cut to tens of thousands of residents.

Authorities blamed the high quantities of mud and debris from the February 7 deluge, which left more than 50 dead and 150 missing, for the shortages.

The Rishiganga valley in Uttarakhand state is 530 kilometres (330 miles) upstream to the northeast of Delhi but its water is a key supplier for the capital.

Authorities would not say how long taps would be shut down.

The flood swept through the valley devastating a power complex and destroying roads and bridges.

Rescuers are just starting to pull out bodies from a tunnel engulfed by mud and debris where more than 30 workers were believed to be trapped.

The flood is believed to have been triggered by a chunk of glacier sliding down a mountainside or a glacial lake breaching its banks.

Water from the valley flows into the Ganges and from there to Delhi.

Raghav Chadha, vice-chairperson of Delhi's water board, urged residents to use water ‘judiciously’ as two of the city's main water treatment plants were unable to operate at full capacity due to the dirty raw water.

He said teams were ‘deployed round the clock’ cleaning filters and ‘flushing high ammonia raw water’.

Delhi, which has a population of over 20 million, faces water shortages every summer.

Sixty percent of the water supplied in Delhi comes from the Yamuna river and about 34 percent from the Ganges. Both have faced severe pollution problems in recent years.