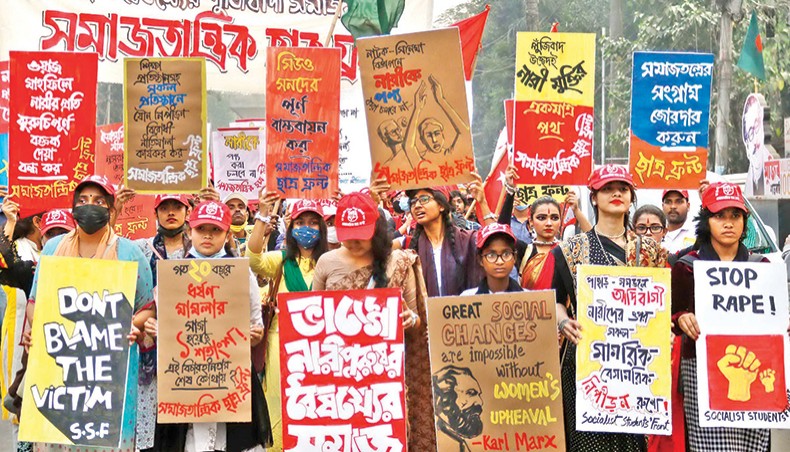 Nipiran o Bicharhinatar Biruddhe Bangladesh, a platform of various student organisations protesting against sexual harassment and impunity for offences, bring out a procession at Shahbagh in Dhaka on Friday. — New Age photo

Different leftist organisations, students and teachers held a rally at the Shahbagh crossing in the capital to press home their nine-point demand, including an exemplary punishment of those involved in rape and violence against women.

The protesters also demanded the resignation of home minister Asaduzzaman Khan for his failure to contain the increased number of rape and sexual violence against women.

Terming rape as not an isolated issue, Professor Anu Mohammad said that the rapists are close to powerful people one or other way.

Nari Mukti Kendra president Seema Dutta said that the government was not speaking out against rape and oppression in the same way it protested against the recent Al Jazeera report.