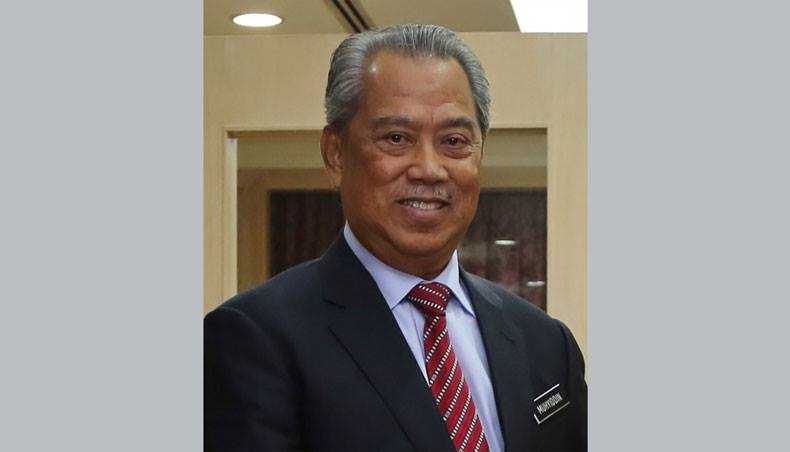 Prime minister Tan Sri Muhyiddin Yassin will be the first person to receive the COVID-19 vaccine when the national vaccination programme is implemented in the country later this month.

This was confirmed by science, technology and innovation minister Khairy Jamaluddin, who is also the coordinating minister for the National COVID-19 Immunisation Programme.

‘Yes, I confirm that the PM will be the first person to be vaccinated with the Pfizer vaccine to give confidence to the public that the vaccine is safe,’ he said on Bernama TV talk show, ‘Ruang Bicara’, Thursday night.

Last February 4, Muhyiddin was reported to have said that the National COVID-19 Immunisation Programme would start end of the month with the government targeting 80 per cent of the country’s population or 26.5 million individuals to receive the vaccine, to be conducted in three phases and will be given free.

The first phase, from February to April, is for the 500,000 front-liners who are directly involved in the fight against COVID-19, while the second phase, from April to August, is for the high-risk group, comprising senior citizens aged 60 and above and the vulnerable group with morbidity problems, such as heart disease, obesity, diabetes and high blood pressure, as well as persons with disabilities.

The third phase is from May to February next year and it is for those aged 18 and above.

On an allegation that Malaysia is getting the COVID-19 vaccine later than other developed countries and also the neighbouring countries, Khairy said it was because Malaysia was more focused on planning a more efficient and effective vaccination immunisation programme.

‘We are not that late, like Australia, South Korea and Japan which are still studying the suitable vaccine. I like to expedite the purchase and delivery process and so far, according to the agreement signed, we will receive the vaccine in February,’ he added.

As such, both countries were given priority by the producers, he added.