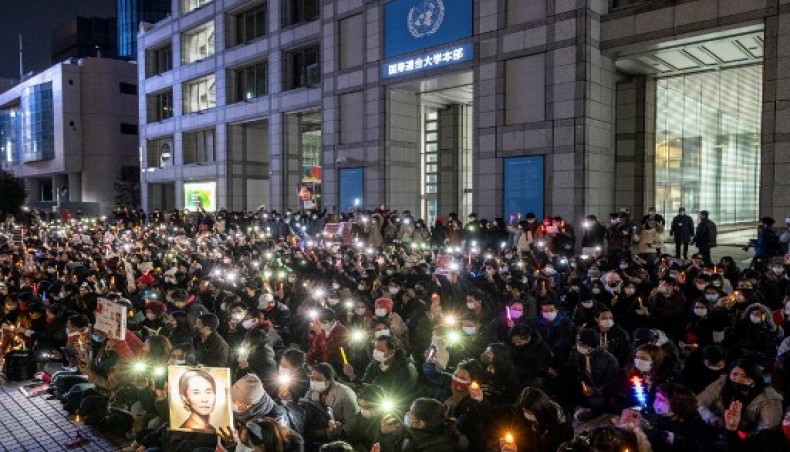 Activists take part in a protest outside United Nations University in Tokyo on February 11, 2021, against the February 1 coup by Myanmar's military.

London ‘is urgently looking at further measures under our own sanctions regimes,’ Raab tweeted.

He expressed support after President Joe Biden on Wednesday announced sanctions against the Southeast Asian nation's generals and demanded they relinquish power.

The UN Human Rights Council is to hold a special session on Friday to discuss the ongoing political crisis in Myanmar after an official request by Britain and the European Union.