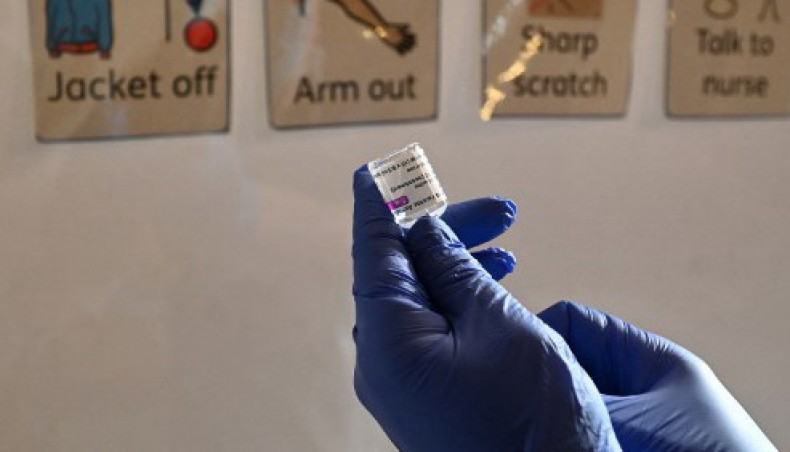 A health worker prepares a dose of the AstraZeneca/Oxford Covid-19 vaccine at a temporary vaccine centre set up at City Hall in Hull, northeast England on February 10, 2021.- AFP photo

The AstraZeneca-Oxford COVID-19 vaccine can be used for people aged over 65, and also where coronavirus variants of concern are circulating, WHO experts said Wednesday, soothing fears about the jab.

The World Health Organization's Strategic Advisory Group of Experts on Immunization (SAGE) issued interim recommendations for when and how to use the two-shot vaccine, which has yet to receive WHO emergency use authorisation.

The announcement came after the vaccine suffered setbacks, raising questions about whether it should be used on older people, or in places where a variant of the virus first found in South Africa is circulating.

SAGE chief Alejandro Cravioto acknowledged the lack of data on the vaccine's efficacy for people aged over 65, which has prompted a number of countries to withhold recommending its use in older people, who are by far the most vulnerable to the virus.

But the experts concluded that given its performance with younger adults, ‘it is likely that the vaccine will be found to be efficacious in older persons. The trial data indicate that the vaccine is safe for this age group.’

Cravioto told journalists: ‘We feel that the response of this group cannot be any different from groups of a younger age.’

SAGE, he said, recommends it be used ‘for 18 years and above, without an upper age limit’.

Cravioto said the experts were awaiting more specific data on the vaccine's efficacy in people over 65, but said it ‘would not be appropriate’ to wait with its recommendations.

‘We have thousands of people dying,’ he stressed.

‘Anything we can do to use a product that might reduce that is totally justified, even if the information is not as complete as we would like.’

The experts also said they had discussed the effectiveness of the vaccine when faced with emerging coronavirus variants of concern, and in particular the one first spotted in South Africa.

The country has decided to put off using AstraZeneca jabs in a planned vaccination programme over concerns about their efficacy against the variant.

Alarm was raised when a South African study concluded the AstraZeneca vaccine provided only ‘minimal’ protection against mild to moderate COVID-19 caused by the variant.

But the WHO insisted more data was needed, pointing to the study's scope, methodology and small size.

And SAGE recommended Wednesday that the vaccine could be used ‘even if variants are present in a country’.

The WHO's chief scientist Soumya Swaminathan said the benefits would ‘far outweigh’ any risks, as variants may not be the predominant strains circulating in that country.

The SAGE experts also said the vaccine proved more effective when the interval between the doses was extended to between eight and 12 weeks.

The Covax system was set up by WHO, the Gavi vaccine alliance and CEPI to procure COVID-19 jabs and ensure their equitable distribution worldwide.

The AstraZeneca vaccine accounts for almost all of the 337.2 million doses Covax is preparing to ship before July to some 145 countries, covering three percent of their combined population.

However, the AstraZeneca jab first needs emergency use authorisation from the WHO, which is set to make a decision next week. Only the Pfizer vaccine has so far received the WHO stamp of approval.

‘We will continue with our plans to roll this vaccine out worldwide,’ he said.

Andrew Pollard, from Oxford University's Vaccine Group, meanwhile said SAGE's recommendations were ‘an important milestone in extending access to the Oxford-AZ vaccine to all corners of the world.’

But Thomas Cueni, head of the International Federation of Pharmaceutical Manufacturers and Associations, sounded a note of caution.

Despite the industry's desire for a swift and equitable rollout, ‘we warn against setting unrealistic expectations given the inherent risk of vaccine development and the complexity of scaling up manufacturing from scratch,’ he said.